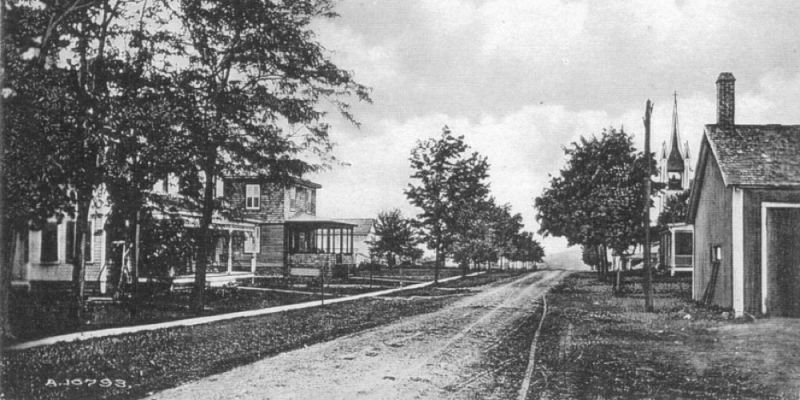 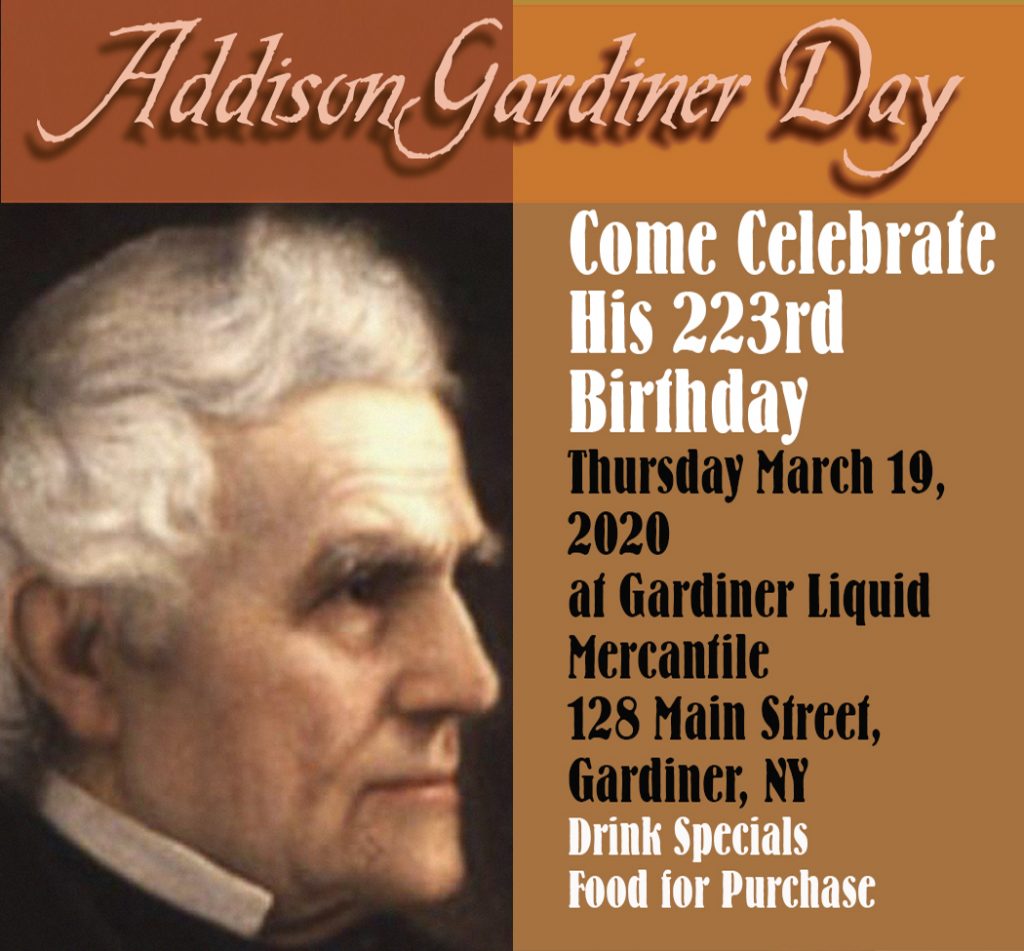 You are cordially invited to celebrate Addison Gardiner’s Birthday, Thursday, March 19, from 6:30 on at Liquid Mercantile on Main Street in the Hamlet.

So, how did this happen? No matter how many times I speak the name Gardiner into my iPhone, Siri spells it Gardner, Gardener, Gartner and, a recent favorite, Guard Dinner. Maybe Siri is purposely avoiding the topic, because the question that remains about Addison Gardiner is whether he ever visited the town that was named after him.” (The Church Corners Gazette. Gardiner’s Little Known Past, by Town Historian, A.J. Schenkman, Gardiner Gazette, Fall 2016).

In another small, but somewhat well-known town— Wall, South Dakota—one finds Wall Drug, a drug store that has managed to turn itself into a famous tourist stop, similar to South Carolina’s South of the Border, known to those who travel along Interstate 95. I visited Wall on a cross country camping trip many years ago and saw the even more famous bumper stickers, “Where the Heck is Wall Drug?”

So here lies the overriding question: “Who the heck was Addison Gardiner?” In a random sampling of 10 residents in and around the hamlet of Gardiner recently, one person said he had heard of him, another knew that he was a New York State elected official and lawyer, and the other eight people had no idea.

In brief, Addison Gardiner was born in New Hampshire, moved to the city of Rochester, N.Y., where he began a law practice, and went on to become a district attorney, a prominent judge, and the lieutenant governor of New York State.

Can we live and work in such a beautiful town without honoring its namesake? In response to this question, an ad-hoc Addison Gardiner Day Subcommittee of the Gardiner Gazette Committee is taking shape. Wouldn’t it be wonderful to celebrate Addison’s 223rd birthday in the spring of this year and every year thereafter? Town Supervisor Marybeth Majestic said in an email, “I am jazzed about the event.” Town Historian A.J. Schenkman is excited, too and says, “I would be honored to help in any way I can.”

We propose that every March 19, Addison’s birthday, no matter what the day of the week (this year, a Thursday), the good citizens and friends of Gardiner mark the day with a celebratory event. Early ideas are that it include Addison himself dressed in 19th century period costume, a birthday cake and candles, maybe a teach-in about his life and accomplishments, and of course, fun, and local food and drink.

A bit of fun on March 19th will help us shake off the winter doldrums and get us through to Gardiner Day,  (this year on September 12–see page 16). That lovely community event allows us to meet neighbors and merchants, sample the many talents and products of our residents and friends, and express our thanks to the many people who help to make Gardiner the special place that it is. Addison Gardiner Day can be a small taste of the same.

Incidentally, Siri, who can’t spell Gardiner, also has difficulty spelling the word “Paltz” correctly, but we’re going to leave that to our northern neighbors.