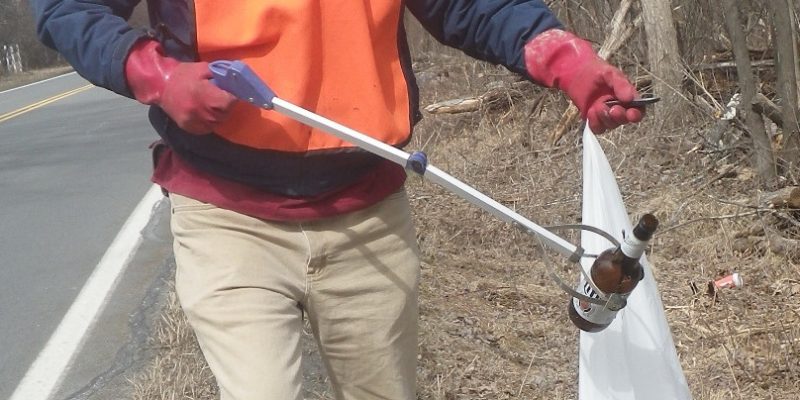 With the blessed arrival of spring, and all turning green and lush again, did you take the time, once the ice and snow left, to pick up the debris along the road in front of your property?

Though now getting hidden by grass and weeds, trash detracts from the green beauty of Gardiner, as well as from your own homesite. If you don’t clean up after careless litterbugs, who will?

The Town sponsors a spring cleanup in April each year, during which you can get orange trash bags in advance at Town Hall. The bags are then picked up by the town later in the month. For this year, it’s past, of course, but make a note for next year, and meanwhile, you can do it yourself at any time. True, now you’ll have to use any trash container or bag you can find, and discard them in your own garbage or take them to the Recycling Center yourself, but really, it’s worth the effort.

Each Earth Day (which falls on April 22nd each year), I clean the roadside along Albany Post Road from Armani Drive to about McKinstry Road, a distance of around a mile. First time I did that, I filled six trash bags. Lately, it’s been two or three, getting better, but still a

lot of junk finds it way to the side of the roadway. Whether three or six, it’s too much to carry, so I leave the bags, once full, along the road and pick them up by car.

For safety’s sake, I wear an orange vest, always work facing traffic, and carry a few extra bags; they get heavy pretty quickly.

I also wear gloves, sometimes heavy duty; you never know what sort of fluid is in the bottles on the side of the road. Deer bones are not an unusual find, but a dead owl was new this year. These natural finds can remain, since they disappear quickly by nature’s work. But the plastic, glass, clothing, pieces of cars, metal stuff, and other manufactured objects won’t.

A handy tool is an extension pick-up device, no need to bend over for most objects. They’re available for a few dollars from Harbor Freight and other outlets.

I usually separate and return about a dollar or so worth of returnables, something of a reward, if a pittance. About half the containers are beer bottles and cans, many of the larger 24 oz. size. (It’s distressing to think that people are driving around drinking beer and tossing the empties out the window.)

Cleaning the roadsides on your stretch of the street will help keep Gardiner green and beautiful. It’s a rewarding civic activity.