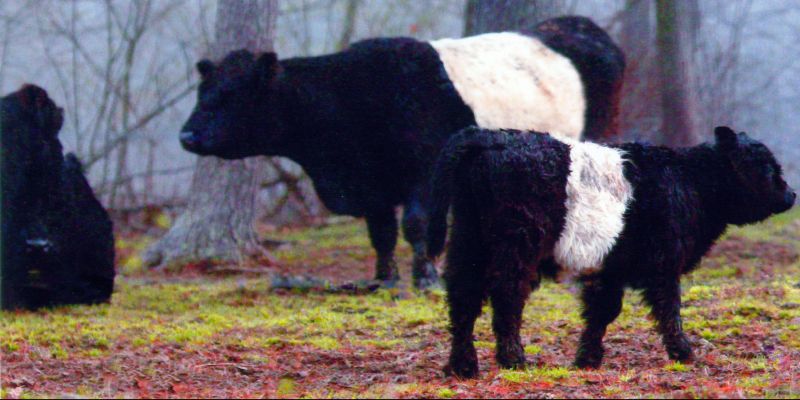 …[Dot’s son] Gary continues the story of the farm. “When my father took it over, he got more cows and built the milking parlor. He’d get up and milk at 3:30 in the morning and he’d milk at 3:30 in the afternoon and he’d never switch with daylight savings so he always milked at the same time. In winter it would be 3:30 normally, but in the summer, it would be like 2:30.”

Dot thinks back to the Gardiner of 1935, when she married and moved here. “There was John Moran’s store, which is Majestic’s up there now. I can remember when my mother and father would want to come see me in the middle of the winter. We had snow in those days. They could drive their car from Walden, up Route 208, into Gardiner and park at John Moran’s store. Then my husband would go with the horse and sleigh . . . pick them up, put ‘em in the sleigh and bring them the rest of the way down here. My mother wasn’t used to the country life. My father wasn’t either, really. My mother, she put up with it, just to see me. I had no washing machine at that time. I had a roof over my head. We used to get our dirty clothes all together and she took them back to Walden with her.

Gary continues, “There used to be a creamery right here in Gardiner, where Mario Milano has got his apartments [Creamery Village]. And then that closed, around 1950. The next creamery was in New Paltz at the Jewett Farm. We’d put the cans on the truck and take them. That creamery closed about 1962. My father anticipated changes, so he put in a milking parlor – the only milking parlor in Gardiner.”

Dick Decker had it set up so he could move the cows into the milking parlor, milk them, and move them out again without help. The milking parlor had milking stalls in rows along the long sides and a pit between the stalls. The milker would stand in the pit, in easy reach of the cows’ udders, without stooping. Gary explains, “With a milking parlor, you didn’t carry milk to the cans and dump it in the strainer anymore. It was all pipelines. When we got the bulk tank, the milk went up through a pipeline and right into the bulk tank, like a big hopper. That was refrigerated. And then the truck came, a big tank truck. They’d hook the hose on the bottom, pump it out into the truck and then it went away.”