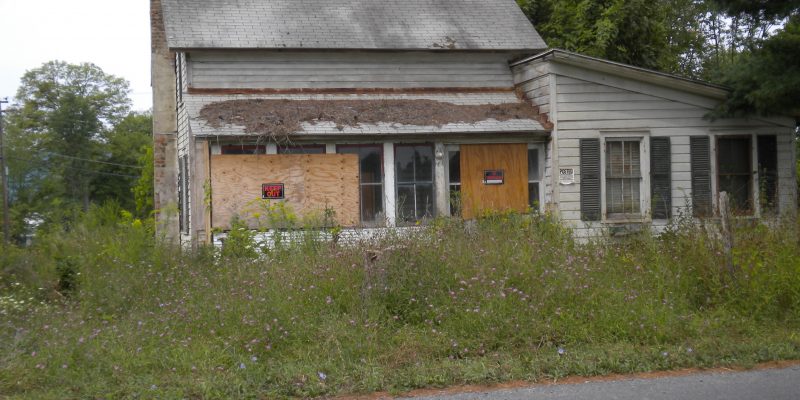 Editor’s Note: In both the fall and winter 2010 issues of The Gardiner Gazette we ran stories on the old Asa Barton house at the corner of Steve’s Lane and Dusinberre Road.  It was acquired by the Town of Gardiner in a tax sale in 2009 and the Town was waiting for the title to clear to decide what to do with the house.

The Gardiner Town Board, after deciding that the property with the old house on it at the corner of Steve’s Lane and Dusinberre Road was not needed for public use, authorized its sale and advertised for bids in early November, 2011 by placing a legal notice in the Kingston Daily Freeman and posting the notice in Gardiner Town Offices. Sealed bids were accepted until noon on December 15, 2011.

In general, real estate ads tend to emphasize the positive and downplay the negative. Even a wreck will carry the euphemistic description “handyman special.” Gardiner’s bid notice for the old house stuck to the facts, including: “. . . hand dug well. Potable water is not guaranteed,” and “There is no septic system, nor is any representation made that a septic system may be sited on the premises.”

By noon on December 15, 2011 the Town of Gardiner had received one bid for the property, for $12,000.  The Gardiner Town Board will decide the next step.