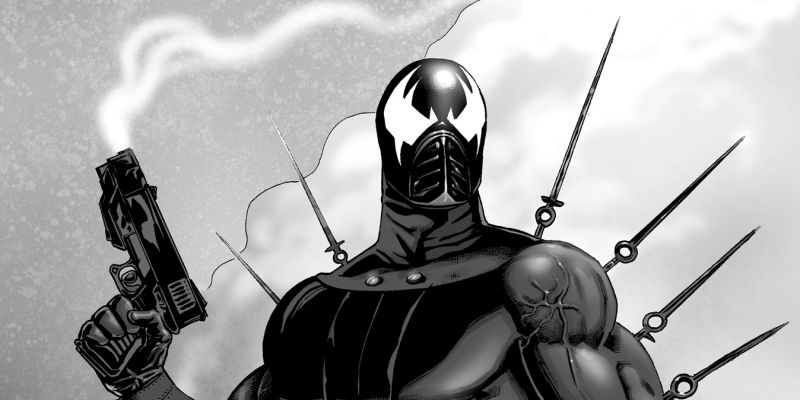 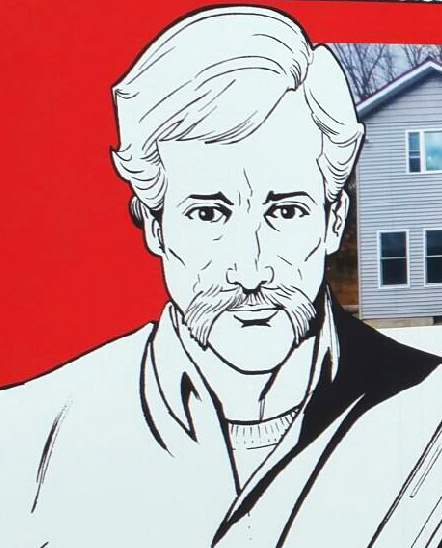 Everyone living in Gardiner knows that we have our share of artists and celebrities in residence. However, one local professional artist—meaning one who makes a living from their art—is both locally incognito and internationally known: Richard P. Clark, illustrator, comic book artist, painter, and general, all-around “fresh head.” By “fresh” I mean he has a unique perspective and way of interpreting the world, real and imaginary, in a graphic style that is amazingly cool.

Richard’s career began in 1993 while still an undergraduate at The Columbus College of Art and Design, where he received his Fine Arts degree. Since then, he has worked for a variety of clients in the editorial, book and advertising industries and, my personal favorite: the comic industry. I was so excited for the opportunity to interview Richard because I started my comic-reading career at five years of age, and still have a major soft spot for the art, as well as for the kind of stories that can best be told through that graphic art form.

Richard has worked for the big comic houses—DC and Marvel—but also for a lengthy list of diverse clients including Dark Horse Comics, Moonstone Books, Wall Street Journal, Field & Stream, Vibe, HBO and Playboy. Richard has even created a slew of comic book characters in a series of health-related comic books intended to help those with HIV understand how the virus harms the body and how drugs work to combat it—no small feat. 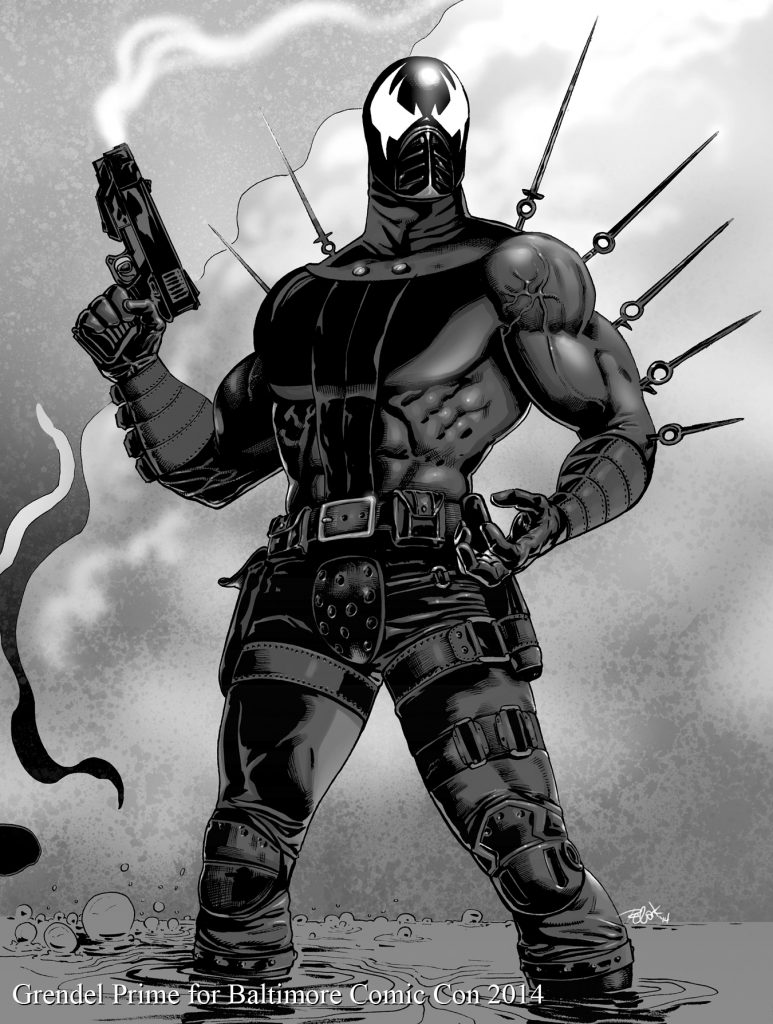 I asked Richard how he wound up in Gardiner about 13 years ago. It turns out that he and his wife, Susan, then residents of Brooklyn, were invited to visit a friend of Susan’s who had a cabin here. They were immediately struck by the beauty of the area, but had no plans to launch out of Brooklyn until Susan got pregnant. Then both Richard and Susan switched into hyper-nesting mode, which required a safe and lovely place to raise their family. A local realtor showed them a home in the woods off South Mountain Road, and the rest is history—Gardiner got its very own illustrator extraordinaire.

I wondered what challenges a city boy like him had had living in a home set in the woods, and it turns out most of the challenges are the same as everyone else’s: ticks, taxes, critters and insects. When asked what he likes best about living in Gardiner, he said, “The community, the pace of life, and the environment; yes, the very same environment where the ticks live…”

“So, what’s new and exciting in your work life?” I asked. Richard answered that over the past few years he’s been working on a comic project that he started with a question: What would our media personalities look like in the not-too-distant future given current trends in tech and media? Richard’s answer was “STAR”, a comic series that “isn’t just some social-science thought experiment, no, it’s first and foremost an action-adventure story with loads of action with some really dark satire thrown in for good measure.”

In the Kickstarter campaign that funded the project, the main character is described as follows: “She’s fit. She’s fun. She’s a super-genius adventurer and the world’s most-watched media personality. She is STAR.” For more info on the project, go to kickstarter.com and search: STAR: 72-page Series Debut. For more info about Richard’s work: zippystudio.com.