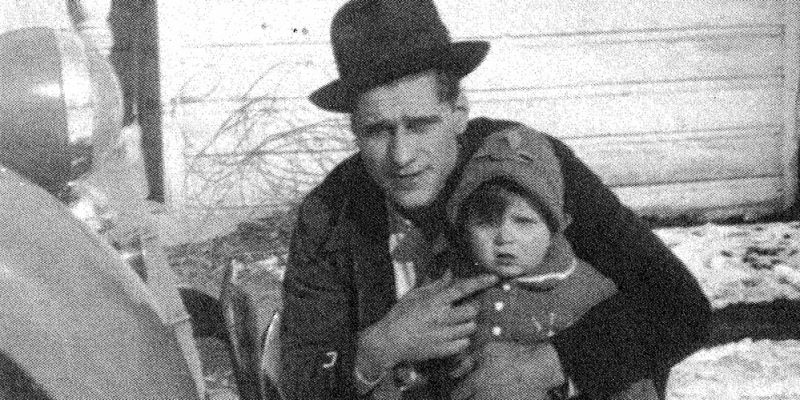 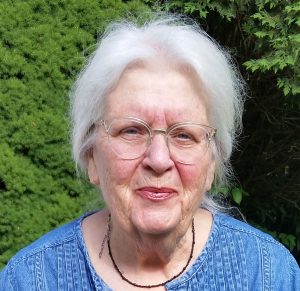 If you’re not a native of Gardiner, you’d be forgiven for thinking that “majestic” is an adjective. Although now synonymous with Gardiner, the Majestic family did not appear in Gardiner until the early 1930s, when Eileen Majestic Ingraham’s paternal grandparents, the Austrian/Slavic immigrants Joseph and Mary (really their names), moved here from New York City with eight children in tow.

At that same time, Eileen’s maternal grandmother—a young widow named Anna O’Neill—moved her four children in with Maryann Moran, Anna’s adoptive mother. They lived together in the one of the first houses ever to be built on Dusinberre Road, constructed in the 1890s.

Joseph and Mary were able to buy their home on Dusinberre because Mary secured a bank loan with the promise of selling eggs to pay the mortgage. One of their children, Frank, would soon meet Anna O’Neill’s eldest daughter, Elizabeth. Still teenagers, Frank and Elizabeth fell in love. Beautiful music obviously ensued—and, in 1938 Eileen was born in the Moran/O’Neill farmhouse, followed by her siblings Patty, Paul, Jill and Charley, husband of Marybeth, who is now Gardiner’s Town Supervisor.

Another of Joseph and Mary’s sons, Eileen’s Uncle George, would grow up to become Gardiner’s revered and longest-running Town Supervisor (Majestic Park is named in his honor).

Life on the then-sparsely populated Dusinberre Road was soon bustling with Majestics, O’Neills, Morans, Dewyeas and Majetichs (Joseph and Mary’s original name, which was changed to Majestic by immigration officials). The Dusinberre Road/Moran farmhouse became the high-spirited gathering place for every Thanksgiving, Christmas, birthday, and summer vacation.

For a time, Eileen was the youngest at those gatherings, and she profited from the adoring attention. A neighbor often told Eileen that the day of her birth was a very happy occasion in Gardiner. Eileen laughs at the memory of her second husband, Bud, saying that she might have been “spoiled” as a child. Eileen’s mother overheard that, and lovingly snapped back, “She received lots of attention, but she was NOT spoiled!”. (Anyone who knew Eileen’s mom knows that she was an ideal mother—gentle, strong and protective.)

Eileen’s first vivid memory was at age three, on December 7, 1941, when Pearl Harbor was bombed. She could sense that the grown ups around her were upset and scared. Throughout the war, when news came on the radio, conversation always stopped. Several uncles from both the O’Neill and Majestic families signed up to go to war— as did her Aunt Florence O’Neill, who was one of the Navy WAVES (Women Accepted for Volunteer Emergency Service). 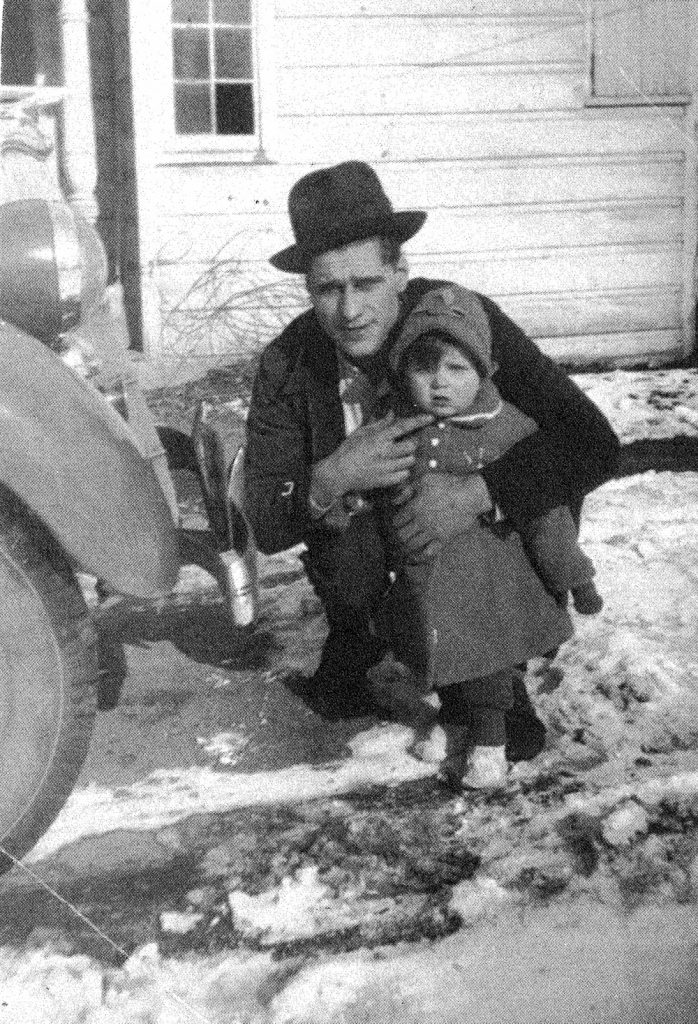 During her childhood, Eileen’s family occasionally needed to relocate, as her dad traveled widely out of state in pursuit of work. Frank helped dig the aqueduct that flows through Gardiner to New York City. His love of that work became the basis for his lifelong occupation: tunnel excavation, construction and stonework. He built the large home on Dusinberre Road in which he and Elizabeth raised their family, and a small home in front of that where his mother-in-law, Anna O’Neill, could live out her years. (Since 1998, Eileen herself has lived in that same house.) Frank also proudly spoke of rebuilding Marybeth and Charley Majestic’s historic home next to the Ireland Corner’s general store by hand, “stone by stone.”

Regardless of where they went, Eileen and her family always returned to Gardiner to be with the family for weekends, summers and holidays.

For Eileen, no matter where she moved, Gardiner was always home. Twice, she attended Gardiner’s two-room elementary school—now our Town Hall—and enjoyed the advantage of being able to eavesdrop on the older students’ lessons. She still speaks lovingly of a memorable and kind teacher named Hillie Freer.

When asked about her largest work in life, Eileen immediately responded, “Raising my three children!” (Joey DeMaria, Sharon Moran and Lisa Bergmann.) She has loved watching them all mature into great young adults. She also enjoyed every minute of a real estate career, and credits Bud, whom she married in 1973, with helping her build that business.

Eileen fondly recalls childhood summers at Tillson Lake, where families had picnics, swam, and dived with both high and low diving boards. Kids skated their hearts out at an indoor roller rink with an actual musician playing an actual organ. Eileen wishes that today’s Gardiner residents had such Tillson Lake attractions (see also page 1, Progress on Tillson Lake).

And winter fun included after-school ice skating on a couple of ponds in the hamlet. In the 1940s and 50s, pond owners were not worried about being sued. Neighborhood children skated where they wished, even if they sometimes fell through the ice. Eileen once did, and recalls neighbor Liz DeGraff Upright rushing to her rescue!

One of the most memorable moments of Eileen’s childhood was when the first TV set arrived in Gardiner—in the home of the Murphy family on Murphy Lane. They invited Eileen and a lot of other locals to watch the original iteration of America’s Got Talent, known as “Ted Mack’s Amateur Hour,” on which a Gardiner boy who lived on Main Street competed as a trumpet player, and won! This was, of course, Roger Thorpe, later famous as the director of the Sammy Kaye Orchestra. Years after Eileen watched his triumph on that first TV appearance, Roger played trumpet at Eileen and Bud’s wedding. In 2006, he was also gracious enough to play at Bud’s funeral.

Today, Eileen’s passions include reading, quilting, pottery making and knitting, and she is now pleased to have Paula Kucera’s White Barn Sheep and Wool Shop in Gardiner.

Eileen is justifiably grateful for her extraordinary parents, whom I’m proud to say, became friends of mine. Her dad, Frank Majestic passed away in 2006 at 87; Elizabeth in 2013. Eileen reflects on Gardiner’s St. Charles Borromeo cemetery and all the childhood relatives. “They’re gone, but certainly not forgotten,” she says.

I am thankful for the contributions of these early founding families towards making Gardiner a place we love.