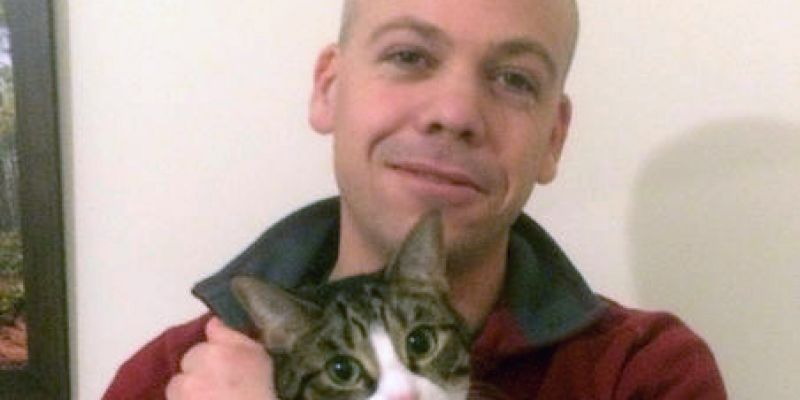 JBJ Pet Care: Taking The Worry Out Of Going Away

When Jon Benner was a kid he had a black and white domesticated “fancy” rat named Spiffy, whom he used to carry in his shirt pocket.  Rats are prone to  tumors, and Spiffy, at age four, developed one. Jon recounts how his father, a general and vascular surgeon, did surgery that prolonged Spiffy’s life by two years.  Six is old for a rat!

Jon and his family moved to Gardiner a little over a year ago, where he founded JBJ Pet Care, a dog walking and pet sitting service. He grew up in Carmel Valley, California, hiking the coast, studying ecology in college. He went on to climb trees in the montane forests of Hawaii for his doctorate in ecology, which focused on the nutrient cycling of lichens living in the tree canopies. Switching gears, Jon then spent two and a half years in southern England at a Theravada Buddhist monastery, first as a lay person and then as a novice monk.  Returning to the States, he reconnected with his graduate school girlfriend, Becca, and they got married. Jon did odd jobs until her career took them briefly to Kingston, Jamaica, where he taught middle and high school science.  Becca then took a job working for The Nature Conservancy in Durham, NC, where Jon taught high school biology.  He also found his calling—pet sitting!—and took a job with Walk and Wag in Chapel Hill.  Small wonder that when Becca became the science director for The New York chapter of The Nature Conservancy and they moved to Gardiner, Jon opened JBJ Pet Care.

Does your dog need fresh air, a walk and bathroom break while you’re at work? Are you going away and need someone to make sure your kitty has fresh water, litter, and food, and someone to play with? Jon finds his work “more relaxing than full-time teaching, I get to be outside, and in a job where it’s easier to be ‘mindful’ (a Buddhist term). He finds the “simplicity of working with animals and the company of animals soothing,” and far more peaceful than sitting in front of a computer. And then there’s the added benefit of a flexible schedule in a beautiful area.

Jon and Becca have an orange tabby named Fig, a grey tabby named Pickle and a two year-old daughter named Cassandra. Recently Jon returned from California and asked Cassandra what Pickle had been doing while he was gone. Without hesitation she replied, “Vomiting.”

Apparently, Jon is quite good at what he does; when he first came to our house a year ago to meet our dogs, there was the usual response to strangers—loud, incessant barking and pacing.  When Jon came this time for his interview, both dogs ran up to him eagerly, did not bark at all, and then lay down and went to sleep.  Obviously an old friend had come to visit. Jon’s web site is www.jbjpetcare.wix.com.