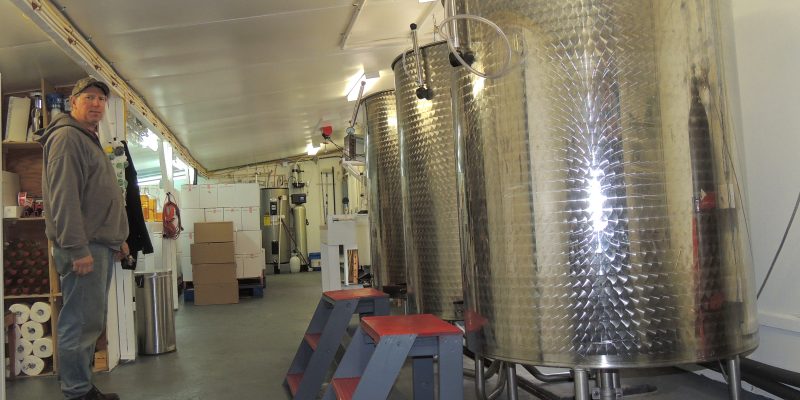 If you’ve driven west from New Paltz on Route 299, you may have seen the U-PICK signs at the corner of Yankee Folly Road announcing that the berries, pumpkins, apples or peaches at Jenkins-Leuken Orchards across the road are ripe and ready for picking.

Jenkins-Leuken began over 70 years ago, when Raymond Jenkins, a North Carolina college professor and Gardiner summer resident, planted some apple trees.  He did not live locally, so he paid other local growers to care for the trees and pick and sell the fruit.

In the late 1940s a bright, hard-working, entrepreneurial friend of Raymond’s, Jack Leuken, approached him about expanding the operation and going into business together.  Leuken proposed building a cooler to store the apples, enabling them to sell apples year-round, at a better price.  Leuken also offered to handle day-to-day operations. Raymond agreed.

In 1953, they built the store we still know today. Jenkins-Leuken now has thousands of apple trees representing over 40 different varieties. Owned and operated by Jack Leuken’s daughter, Margaret, and her two sons, Eric and Robert, it has diversified to include pear, peach, plum and cherry trees, a pumpkin patch, raspberries, blueberries, and blackberries.

Business is good.  “I think people want local grown produce and fruit,” Margaret says. “They don’t want something that has been tampered with so much.  Sprayed and coated and waxed.… You can take one of our apples, wash it off and bite it and not have a mouth full of car wax,” she laughs.  Jenkins-Leuken is a low-spray orchard except for their berries, which are never sprayed.

“I said to Eric you’d better not spray…[the berries] …. Kids eat them right off the vine. You don’t have to spray them. They don’t have the pests that apples do,” Margaret explains.

In addition to seasonally available pick-your-own fruit, about ten years ago Margaret put in a greenhouse so they could grow their own vegetables, which include tomatoes, peppers, and eggplant.

And, two years ago, Margaret’s son Eric converted one of his grandfather’s old chicken houses into a cider mill where he and his friend produce Yankee Folly Cider. They have tastings most Fridays, and will accommodate anyone interested in a taste any time the store is open. The store is unassuming, but full: in addition to the fruits and vegetables, Margaret’s two daughters-in-law contribute home-baked pies, cakes, organic peanut and almond butters, beeswax candles, and beautiful hand-painted birdhouses made from home-grown gourds. Honey from their hives is also for sale because, as Margaret puts it, “without the bees you get no fruit.”  The walls are lined with jams, jellies, specialty foods and gifts. They also sell lovely mums and other flowers in season.

So, if you ever find yourself driving 299 and you see a U-PICK sign, consider taking a side-trip to Jenkins-Leuken Orchards.   You’ll be glad you did.

Jenkins-Leuken is dog-friendly and open year-round. 9 AM to 6 PM Monday through Friday; 9 AM to 7 PM Saturday and Sunday. 845-255-0999. Also visit jlorchards.com and yankeefollycidery.com.