No Squatters At The Old Hotel

The Gazette is pleased to report that one of the subjects of our article on the old Gardiner Hotel (The Light Was On, Remembering the last days of the Gardiner Hotel, Angelo Druda, Spring 2016) has made contact via Facebook. She found the article to be “a must read, touching and beautifully written.” 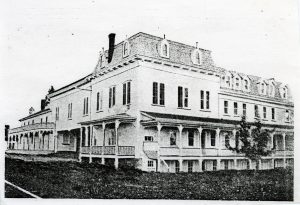 We called her Jan, and her late husband, David, but we can now set the historical record straight; they were actually Dennis and Fran Thompson, and they departed so suddenly because the hotel was about to be razed.  They moved on to Montreal.

Most importantly, our Editor’s note at the end of the article was incorrect. Fran  confirms that they were not squatters in the old hotel, but had been asked by the owner to look after it.

Apologies to Uncle Pat and the O’Connor Brothers!

David Sides, author of  the article The Wallkill River Can Be Mighty Again (Fall, 2016), had an interesting “confrontation” with Brian O’Connor after the article appeared. He “accosted” Dave, at the BrauHaus and accused him of plagiarism. 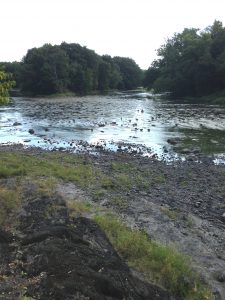 According to legend from about 70 years ago, the O’Connor brothers’ Uncle Pat used to ask Brian and his brother, “What is the name of that river over there?”  They said “The Mighty Wallkill!”  Evidently Uncle Pat had told  them about the very few rivers in the United States that flow south to north, against their own watersheds, and since the Wallkill worked so hard to flow in the reverse direction the boys thought it must be a mighty river.

Our humble apologies to Uncle Pat and the O’Connor brothers for our uncredited reference to the Mighty Wallkill. The name shall forever be theirs.