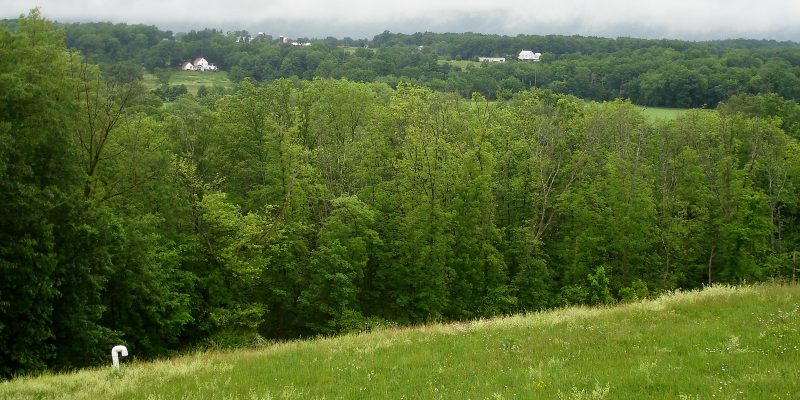 The Habitat Team – Goes to the Dump

The Gardiner-Shawangunk Habitat Team is a group of volunteers that came together in 2007 after the towns of Gardiner and Shawangunk were awarded an inter-municipal grant from the Hudson River Estuary Program to map the towns’ habitats. As part of the mapping process, we often visit properties in order to evaluate habitat and biodiversity. Early this year we offered to conduct a biodiversity and recreational use assessment of properties owned by the towns of Gardiner and Shawangunk.

Team members visited the Gardiner transfer station in June and followed up with a visit to the Shawangunk transfer station in September. The field visits confirmed that these sites do not have high biodiversity value. In general, years of disturbance had degraded habitats, reducing native species diversity and increasing invasive species. On the other hand, we discovered that the old town dumps offer unexpected opportunity for light recreational development.

Gardiner’s transfer station encompasses a few acres of a much larger 104-acre property which includes a variety of habitats—upland field, wet meadow, streams, upland forest, wetland forest—along with extensive frontage on the Wallkill River. The Shawangunk site is smaller, approximately 35 acres, and also includes extensive Wallkill River frontage. Both properties have a defunct landfill―large mounds now covered with grasses and surrounded by gas venting pipes. As we stood high atop the old landfill sites enjoying panoramic views across the river to the ridge, a view which stretched for miles, it became clear that these old dumps have terrific potential, if not for wildlife then for human use.

Both town dumps have a number of built-in advantages for light recreational development such as the facts that the properties are already town-owned, former landfills cannot be developed in the conventional sense (no excavating), riverfront locations provide boating and fishing access and the high mounds of the old dumps provide excellent panoramic views.

But would the state allow development on these old landfills? The answer, we learned after checking with a DEC representative, is yes. In fact, there are a number of  towns within New York which have converted their old dumps for various light recreational uses including golf driving ranges, model airplanes, little league fields, kite flying areas, and park trails with benches.

Perhaps, someday, the towns of Gardiner and Shawangunk will convert portions of their  old dumps into parks along the Wallkill River; there could be canoeing, kayaking and fishing along the six mile stretch between the “parks”; a short spur off the rail trail could route  bikers in for a ride along the river; the old wood roads could be converted to birding and hiking trails; picnickers and kite flyers could frequent the old landfills. All of which would be relatively inexpensive.

What’s the next step? It would be a good idea to see what people think of all  this, whether the towns would be interested in these projects, if not now, perhaps in the future. In the meantime, the habitat team is back to habitat stuff. (But dumps were so much fun!) In the next issue we’ll talk about the box turtle project and the annual turtle gathering in May.

For more information, or for a copy of the Town Dump reports—including comprehensive species lists—please contact me at  angelasisson@gmail.com.