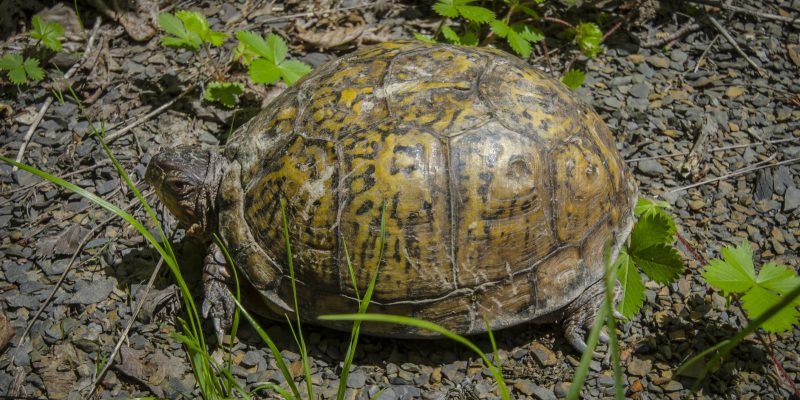 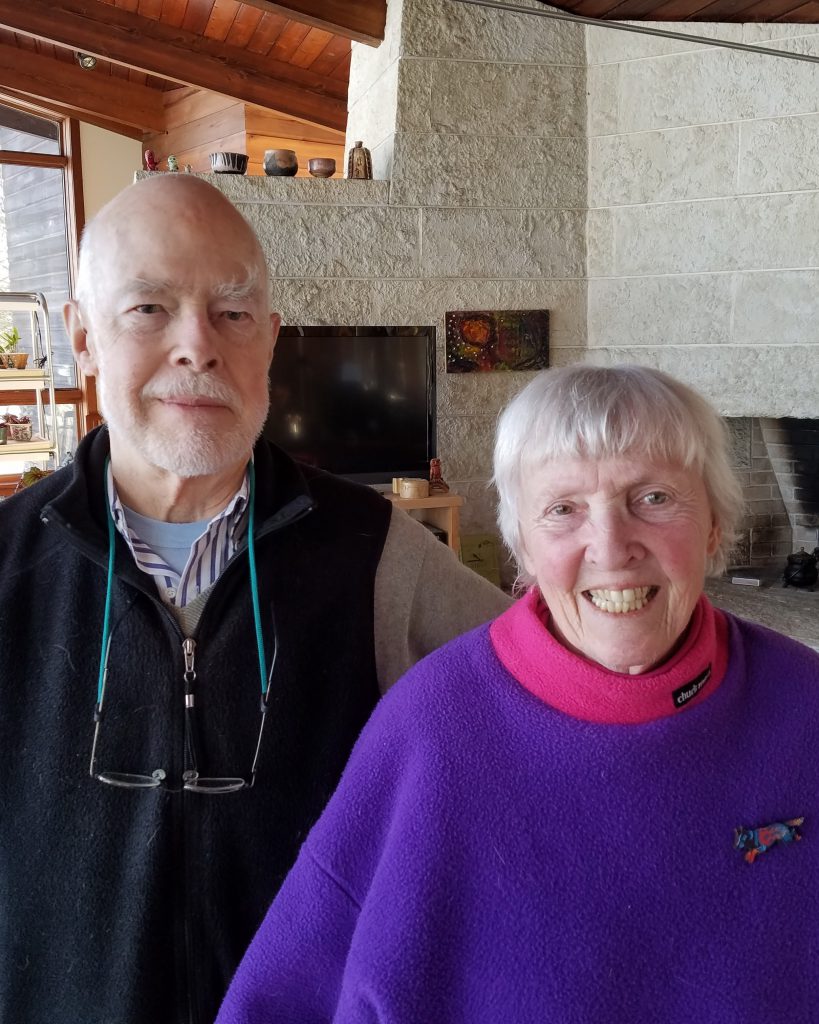 Ray and Anne at home.

Ray and Anne Smith greeted this visitor warmly on a very cold early-January day. Their 65-acre property is well off the road, nicely secluded, with a stunning view of the Gunk cliffs. They had lived in Pound Ridge for 37 years, but came to this region to hike in the Mohonk Preserve, fell in love with the area, and bought this undeveloped property 14 years ago. They haven’t left since.

It was while clearing the land to build their modern house that a worker came across what he thought was a Blanding’s turtle, but it turned out to be an Eastern box turtle. The discovery of the box turtles would come to deeply affect their lives. Encounters over the years with other box turtles led to Anne’s photographing, identifying and describing every one of nearly 90 different individual box turtles on their property. It had become her passion, and she has methodically kept a detailed log, with photographs, of every one of them.

At first Anne and Ray started naming the turtles, beginning with Alpha. One female turtle was dubbed Carolina, after the Latin species name, Terrapene Carolina Carolina, but this became unwieldy as more turtles were identified, so the majority are known by a number.

Their two Australian Cattle dogs, Anzac and Diggy, play a major role in finding the turtles, which are often hidden in high grass or undergrowth. Not only are the dogs highly effective at finding the turtles, but they’re very protective of their find until Anne arrives. This experience led to Anne’s charming and highly-informative book, The Silence of the Bell: Monitoring Eastern Box Turtles with Australian Cattle Dogs. Self-published in 2015 and available on Amazon, it already enjoys a wide readership, from Texas to Canada.

For nearly 10 years the Smiths have participated in the program, Walks and Talks, by the Wallkill Valley Land Trust. An annual “Turtle Walk” takes place in early May, after the turtles have emerged from hibernation (usually by the end of April), at which point the turtles are out and scurrying about seeking mates. They’re easy to find then. Those who are interested in joining need to sign up in advance on the Land Trust Web page, wallkillvalleylt.org. This year the event will take place on Saturday, May 5th.