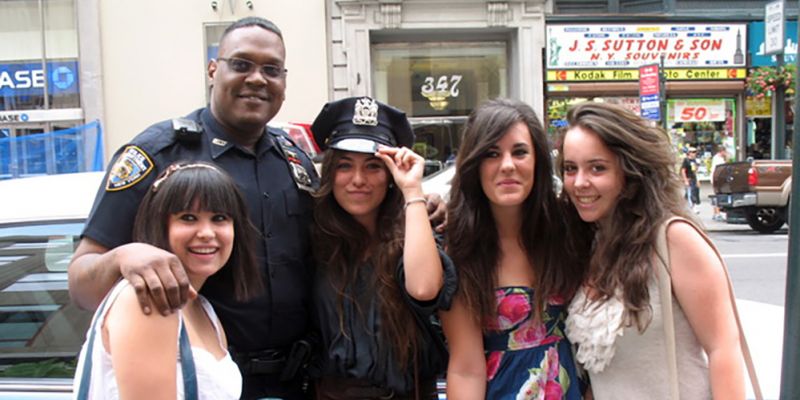 Bringing the World Together: Hosting a Foreign Student

“People in the USA love their country and their flag. They are proud to represent the USA and to be American citizens.” Those are the words of Juan, a visiting student from Spain, who spent part of a summer with us.

The rewards of hosting foreign students are many. My own experience with it started In March of 2010, when a somewhat shy but very bright former student called to say that three students from her high school program in Spain were coming to spend two weeks in Queens at a language/ 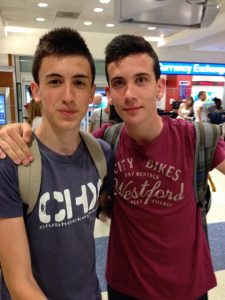 culture program. Could I arrange for her students to have an “in-home American family experience?”

It was almost 30 years ago that she had attended an after-school club I advised in New York City. Later, while attending college, she’d had the opportunity to stay with a family in Spain and met a man there. She came back to the U.S. to complete her college studies, eventually moved to Spain, married the man and raised two wonderful daughters. That shy student of mine now holds advanced degrees in the UK, trains teachers of English in Spain, and travels around Europe lecturing on teaching methods.

My wife and I were hesitant, but agreed to try hosting the students. After all, it was only for 10 days. In fact, we had an incredibly wonderful time showing them around, teaching them about us and learning so much from them.

That October, we visited  the girls’ families in Zaragoza Spain, staying in the home of one of the girls who had stayed with us. In the short time we were there, we developed a close and warm relationship. The ultimate thrill for me was watching that “shy 15-year-old girl” I knew from New York City, now “Profesora Jessica Toro Yuzel,” lecture to a standing room only crowd of over 200 at the university. I was as proud as a poppa.

Of course, we invited the families to send their three daughters back the next summer, and so the cycle began. They brought a fourth student, and spent five weeks. The only parent of the eight who spoke some English told us, “Four girls for five weeks? You are crazy!” She was probably right. However, the next seven summers included visits by their younger brothers and sister, all for five weeks.

“The first time I came to the States I was 15 and it was both difficult and easy because the family that received me was like my new family far from home,” one student said.

We have taken our charges sightseeing all over New York City, Long Island, the Hudson Valley and Boston. Victoria, who visited for the past two summers, told us, “What I liked the most was seeing cities very different compared to mine.” They experienced horseback riding, ice skating, nights in Times Square, Broadway shows, concerts, museums, sporting events and beaches.

Without doubt, our endless comparative discussions on language, religion, politics, family and culture were highlights. One evening, Maria turned to me and asked, “How is your religion different from mine?” That began a wonderful discussion.  Lucia told me, “What I liked the most was learning the way of daily living, the habits and cultural diversity. I went to learn English and I was immersed 24/7. It is the best way to learn a language.”

So, you’re thinking that you’d love to do this but have no connections in other countries? Easy! Search online for exchange student programs. If you wish, specify a particular country. Decide if you’re looking to host for a few weeks, a summer, a semester or a year. Consider programs that might pay you, or not.

There are many variables, so select what is best for you and your family. If you know a family in another country, reach out and see if you can arrange something with them, or their neighbors. Do it and I promise that you will love it! It’s just people sharing their lives in spite of language, religious, cultural and age differences and thousands of miles between them.  We have made lifelong friends among the students and their parents. We hope to once again visit our “Spanish family” in the near future.

Juan concluded by telling me, “I didn’t expect that people would be so friendly. I loved to see my American friends and to visit a different country.”