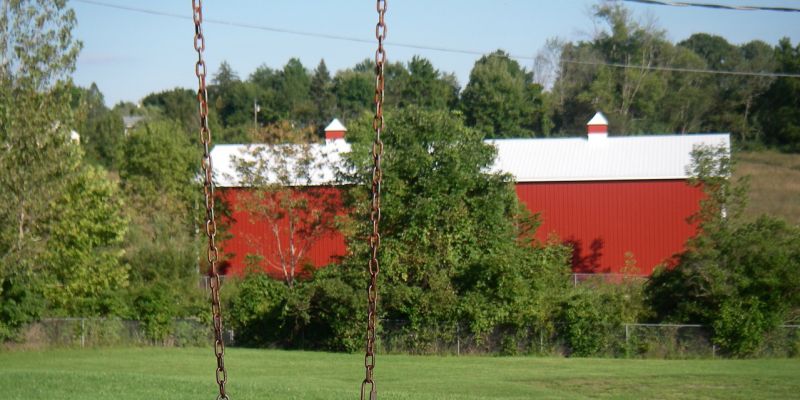 Have you ever wondered who maintains Gardiner’s ball fields, paves the paths at Majestic Park, runs the best summer camp in the area (at a reasonable price!), schedules the leagues which use the fields and has built a safe playground for Gardiner’s kids as well as the new pole barn that will serve our entire community?  The answer? A group of passionate, dedicated volunteers who make up the Parks and Recreation Commission, headed, for the last eight years, by Gardiner resident Mike Gagliardi.  Asked how he got involved in this particular volunteer effort, Mike refers to the reaction of his then small children upon seeing the “playground” at Majestic Park for the first time.  “Let’s go to that wooden park instead, Dad,” they said, referring to a popular playground in New Paltz.  Adds Mike, “Kids give you honest reactions.” And it was his kids’ disappointment that encouraged Mike to improve recreational venues and experiences for the entire town.

Operations (the daily running of the park, maintenance of the fields, lawn care, buses for summer camp, etc.) are funded by the Gardiner Town Budget. Additional funding comes from a fee per lot charged to developers, but this revenue stream has been negatively impacted by both the construction slowdown associated with the recession, and the fact that  in lieu of payments to the Rec program developers are permitted to give a piece of land for recreational purposes.  The Parks and Recreation Commission would like to see this practice end. Mike feels that this donation of land is not useful.  “Have you ever driven into a development and seen people using the land set aside as “parkland?” he asks.  The money from developers is much more val-uable, funding projects like the playground and skate park.

This past summer the Parks and Recreation Com-mission, along with the Camp Director Frank LaRonca, achieved their goal of increasing the number of summer campers from 125 to 225, with each camper paying $350 for the program. With the increase in numbers came the idea for the barn—a shelter large enough to house all the campers in inclement weather. The new pole barn, built with a generous donation from a Gardiner family as well as considerable volunteer labor from the community, was 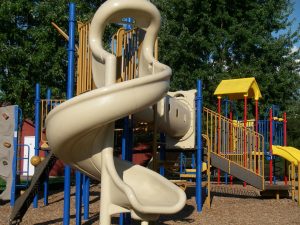 completed in less than four months.  The rest rooms were funded by Rose Marie Williams, in honor of her late husband Jerry. The Gardiner Day Committee will be donating a kitchen in which it plans to prepare food for its Spaghetti Dinner, and the barn will also be the venue for the committee’s Hoe Downs. The pole barn has taken on a life of its own.  Mike intends to have local organizations run team pitching and hitting clinics in it, there are plans to have a Volleyball League use the facility and plans to rent out the building for other events as soon as the electrical installation and restrooms are complete. A dedication of the new facility was tentatively planned for October but because the bridge leading to the barn was damaged by Hurricane Irene, the dedication will take place in the spring.

Currently, there are seven members  of the Parks and Rec Commission and one alternate—Mike Gagliardi, Ellie Gardner, Jaynie Marie Aristeo, Carol Majestic Lohrman, Angel Ogno, Amity Dippel, Dale Bradshaw and Nancy Cass. (Members are recommended by existing members and appointed by the Town Board.)  Nancy’s idea for a dog park was recently approved by the Town Board. “I think we have a great group of people,” Mike proudly adds, “volunteers who care about the park and the town.  People take on a project and work on their own time.“

What started as a goal to change things for his own kids has led to a safe, attractive playground for all Gardiner’s kids, a vastly improved and well attended summer camp, well kept and well used ball fields, a skate park for teens and the pole barn which will serve as a community center. However,  planning continues. Kim Hoover of Hoover Architects has been working pro bono with the Commission on a design for an amphitheater to be used for concerts, movies, and, eventually, weekend summer programs.  Mike hopes that our own Roger Thorpe will perform, and mentions the West Point Band as an attraction that would be most welcome in Gardiner.  Next up will be soccer fields and tennis courts.  “We have a lot of land and we’re trying to maximize the space used.  Our goal is to make the park accessible and valuable for all age groups, but it’s especially rewarding to see the kids playing on the playground,” Mike explains.

The Parks and Recreation Commission is an example of generosity, and of the crucial role volunteers play in our community.  The combination of the two, plus thoughtful use of town tax money, makes the impossible possible and improves the quality of life for all of us.