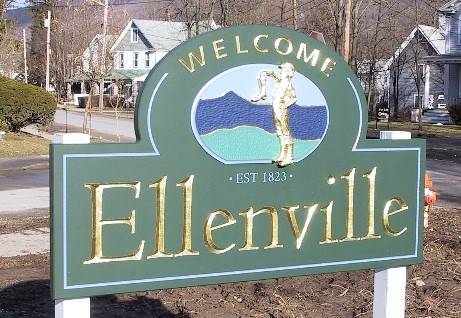 Boosting economic development in upstate New York has been a signature focus of Governor Cuomo’s since he first got into office and, in this past state election, 57% of New York voters agreed with him that casinos are the ticket to a bright economic future.

After securing a voter-approved amendment to the state constitution, Cuomo has moved full-steam ahead with the plan to build four “resort” or destination casinos, in three upstate areas: the Southern Tier, Capital District, and the Catskills. Applications from operators will be accepted in March, bids are due by June, and the winners will be announced as early as this fall.

There are already three proposals for each region, and the Catskills is getting the hottest competition, given its proximity to downstate discretionary dollars. In seven years, the plan allows for three more casinos in the downstate region, so upstate casinos won’t have a lot of time to jump ahead.

Without a doubt, Ellenville, one of the proposed sites, could use some kind of shot in the arm. Unemployment is above 18%, the biggest employer in town is the prison, and downtown, the passerby notices many closed businesses. The proposal on the table is to revamp the “Nevele”—a former Catskill resort that sports a room called the “stardust room,” once visited by the likes of Frankie Valli, Tony Orlando and Milton Berle. Casino, indoor water park, golf course, hotel, 500 acre-development—the plans are big, and the investment numbers being thrown around exceed $500 million. One prediction is that it will bring in 1,600 new jobs (about 1% of total jobs in Ulster County).

There are competing proposals in the region—for the Concord in Monticello and Grossinger’s in Liberty—but the Nevele is the only proposal in Ulster, and it’s the closest to Gardiner. The developer has won the endorsement of the Ulster County Legislature, the Orange County Chamber of Commerce, the Dutchess County executive, and local town and village boards.

Will this have a positive or negative impact on Gardiner? Casinos are one of those polarizing issues. Those who are for casinos talk about economic revitalization and hefty tax revenues for the state. Those who are against talk about social ills—addiction, crime, broken homes, unwanted development, and traffic. This could be an opportunity for Gardiner to lure tourists, and dollars, to Main Street businesses. And for Gardiner residents looking for some gambling fun, the trip will be much closer than Foxwoods or Mohegan Sun. Or this could mean more competition for limited parking spots at Mohonk over the weekend, and…who knows.

Unlike Massachusetts, local communities were not given the opportunity to vote on whether or not they wanted a casino in their back yard. From here on out, a seven-member appointed and unpaid “Resort Gaming Facility Location Board,” with, presumably, few local representatives, will call the shots: setting the required minimum capital investment, determining the license fee, and selecting the winners. It would behoove all Gardiner residents to keep an eye on developments and be ready to voice an opinion as plans emerge.