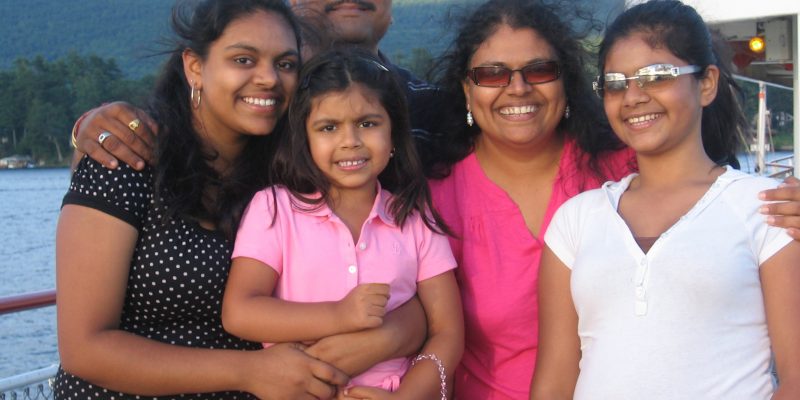 “A Customer Is The Most Important Visitor”: The Ireland Corners General Store

Pete Patel, proprietor of Ireland Corners General Store, grew up in northwest India.  His father was partner in a construction firm that builds colleges and hospitals, and his mother was a lawyer. Pete graduated from college as a mechanical engineer and went to work for his father’s firm, but in 1993, at the age of twenty-three, Pete and his wife, Kamini, immigrated to the United States.  He became a technical engineer at Sandoz, the pharmaceutical firm, but wanted to work for himself.  He soon started buying and improving small businesses to sell. With various partners he now owns a strip mall in Georgia, a Texas motel and a convenience store in Shelton, Connecticut.

Twelve years ago, Pete bought Ireland Corners General Store (his eighth business acquisition) and for two years, commuted from New Jersey to manage the store. Like his other businesses, he fully intended to improve and sell it. “But I just love the people here. I’m more at home in Gardiner now than I am in India,” says Pete. For two years Pete and his family lived above the store. Then they bought a home nearby with more open space and a view of the Gunks. His family includes Kamini and their three daughters: Neeti, 16; Tihee, 14; and Reete, who is 6.

Over the desk in his small office, Pete keeps a picture of his father, who died five years ago of cancer. Now Pete is half owner of his father’s construction business.  He keeps in touch via daily phone calls to India and frequent trips. On the opposite wall is an excerpt from a speech Mahatma Gandhi made in South Africa in 1890: “A customer is the most important visitor on our premises. He is not dependent on us. We are dependent on him. He is not an interruption of our work. He is the purpose of it. He is not an outsider of our business. He is part of it. We are not doing him a favour by serving him. He is doing us a favour by giving us the opportunity to do so.”

I’m usually only a weekend coffee and newspaper customer, but I’ve always been struck by the warm and cordial greeting Pete gives each and every customer, nearly always by name. He explains, “I’m in the hospitality business and everybody should know you’ve got to please your customers first if you want to be successful in your life, in this business . . . in any business.” Often, at the store are customers who could find their needs someplace nearer their homes. Instead, they come to Ireland Corners.

“I get up at four o’clock every morning, 365 days. It’s my choice . . . what I’m doing. A philosophy I learned from my father, as a child: everybody has to work. You have to do something. But do the work that you like. This is what I choose in my life.”

When I asked what’s the most fun about his job, Pete grinned and said immediately, “I’m my own boss. I found out early I can’t easily take orders from others.” His biggest complaint? Another instant response, “Lack of family time.”