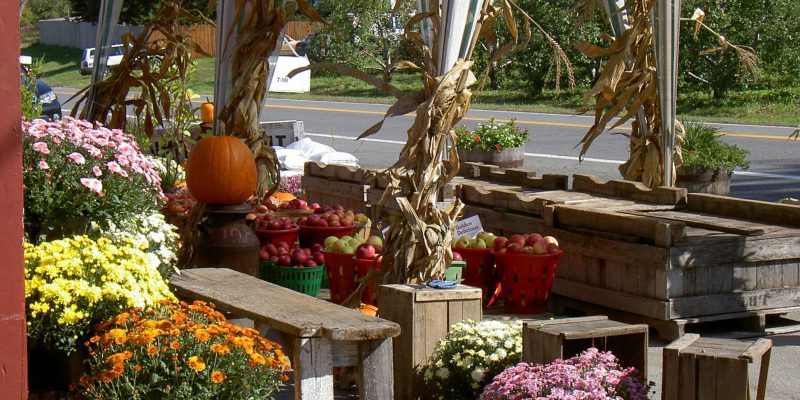 A Half-Century and Counting 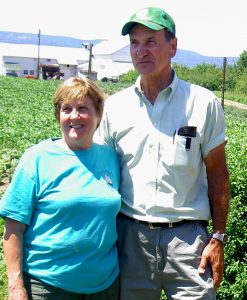 Beverly and Leonard Tantillo need not worry about the grandkids staying in touch. All nine of them live just a few minutes away on Marabac Road. The proprietors of a venerable farm stand on Route 208 keep the whole family busy. Their three children lend a hand (Raffaela’s baking was cited by Hudson Valley magazine as “best of homemade pies” in 2006, Jeannine is the bookkeeper, and Frank helps on the farm and runs his own landscape supply business), and all the grandchildren can be seen pitching in when school is not in session.

Len’s dad Frank Tantillo shifted the farm’s focus from dairy to fruits and vegetables in 1932, and he and his brother, Peter, later split the farm deed in half. Len was born in 1941 in the house on the farm that he and Beverly occupy.

Beverly had no idea what she’d be in for when her family moved from a dairy farm in Vermont to Gardiner in 1961. But she’s certainly not overwhelmed by the constant commotion—she was the seventh of nine children herself. One night, while dining at the Crossroads restaurant (now Lombardi’s), Beverly LaTulippe met Len Tantillo. They were married two years later. Beverly had been working at the Huguenot Bank in New Paltz at the time.  After a stint working at the college, she settled back into farm life. There weren’t a lot of other job opportunities in Gardiner. “We had Majestic’s Hardware, the Post Office, and the McKinstry General Store (now HiHo Home Market), but not much else,” she recalls.

These days, the area swells with “weekenders,” a bit of a mixed blessing for the Tantillos. The farm stand can get quite busy, but Beverly diplomatically says, “it’s different than it used to be—busier, with more traffic.” She notes what we have all come to see: “More people have found out that Gardiner is a beautiful place to live.”  That’s not to say that the Tantillos are losing touch with the regular customers they’ve been serving for decades. Everywhere they go they spot a familiar face. That’s one of the advantages of living in one place for 48 years, and despite the entreaties of relocated family and friends, the Tantillos have no intention of becoming snowbirds. “The farm stand is such an important part of my life, and I just couldn’t imagine a life without it,” says Beverly.

In another 23 years Beverly and Len will hopefully preside over festivities for the 100th anniversary of the Farm Market. Their grandchildren may well play a more active role in the farm by then. Of course, Beverly has no intention of suggesting where they should start their households, but with a twinkle in her eye, notes that if they stick around “I believe they’re going to still choose to live in Gardiner.”  It’s a great time to stop by Tantillo’s. The pumpkins are in bloom and it’s just in time for the annual  pumpkin-carving rituals. The farm stand, in addition to its usual assortment of pies, vegetables, and snacks, also has a greater variety of apples, as the late blooming breeds have now ripened.