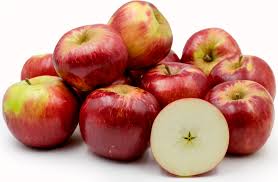 Spring is sprung and white blossoms have graced over 950 thousand apple trees across our reawakening county. Many of us
think, “Wow, isn’t that pretty,” and go our merry ways, giving them little thought, but apples are an important engine of the local economy.

Apple trees came here with the first European settlers. By the 1700’s, many orchards were already well established in the Hudson Valley; enough to start exporting apples to Europe. Today, New York State produces an average of 29.5 million bushels of apples a year. Of these, an estimated six million are grown in the Hudson Valley. Gardiner, of course is home to many orchards. When I thought about how to get a feel for the business, I realized I already know quite a few people who make, or have made, all or part of their livings through apples. You might too.

Frank Tangredi, of Northeast Apple Sales, is an apple broker. He has been in the business since 1987. He matches farmers and their crops to buyers and sells to large chains and small outlets all over the world. His niche is Macs and Cortlands. Asked why so many new varieties have come to market, he said new growing techniques and smaller trees make it possible for more and more varieties to get to the table faster. Apple trees used to take seven to ten years to develop. Now, most new trees produce fruit in three years. Frank also commented that people now like hard, sweet and crisp apples, and these are gaining in production and popularity every year. Macs are softer, and more tart. 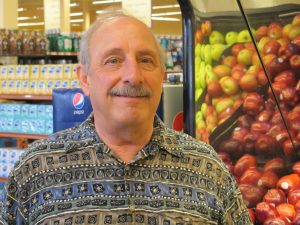 Mike Boylan, of Wright’s Farms, says nurseries and universities all over the country are working to produce new varieties; one advantage of having more varieties is that they don’t all ripen at the same time, making it easier to supply a very fresh product throughout the year.

I asked him what it takes to care for apple trees. After planting, they are regularly watered, pruned, fertilized and protected from the weather. “If there’s a cold snap in spring, we use windmills to mix cold air with warm, to keep the frost from settling and freezing the buds.” Sometimes, no effort can help. Last year, with the odd warmth followed by a late frost, yields were down by almost half across the Hudson Valley. In many commercial operations, chemicals are used regularly on the trees. Mike says that apples are a delicate crop, and that American buyers shop with their eyes; only the prettiest fruit will do for the stores. He said that if we shopped less with our eyes and more for quality, less chemical could be used.Mike also explained that you have to be licensed to spray and take regular trainings and courses. “You make it your business to do it sparingly.” He says the science is constantly evolving. “We are lucky to have a state of the art laboratory in Highland,” he said, referring to Cornell Cooperative Extension, “I can’t tell you how helpful they are in making sure we don’t overspray, and telling us when to spray, and what to use.”

Gene, a local farm worker for 25 years, talked to me about how easy it is to damage apples. “They have to be handled like babies. You pick them by hand. You put up a ladder, and climb up. You place them carefully in your apron, and then even more carefully in the bin. There’s no throwing them around.” Frank agreed. “Even if you’ve packed carefully, a hard bump in the road can make the apples in a truck jump and land, bruising a whole load. Buyers will reject loads that aren’t right.”

Describing a typical day, Gene said he consistently operated heavy equipment. He said, “It’s about stamina. I’d be out at five in the morning on the sprayer and would finish around two. Then I’d clean the equipment, tune it and get it ready to be used again. The days are long and it’s hard, physical work. The next day maybe I’d load 15 bins on a fork lift and place them around the field, then return to the barn and reload. Later the tractor had to be cleaned and fueled. Another day I’d be hauling brush.”

He said migrants, who come to us mainly from Jamaica and Mexico, do most of the picking. Our government has an exchange program with Jamaica, which matches workers to jobs. Frank, Mike and the NY Farm Bureau all said that the jobs pay at least minimum wage, and some better.

Once the apples are in bins, it’s time to get them cleaned, waxed if they’re getting waxed and sorted. “Sorting facilities can be huge,” said Frank. Apples are sorted for size as well as grade. In NY, an average of 53% are sold as fresh fruit. The rest are turned into cider, apple butter, vinegar, etc..

Then there’s storage; it can happen in a regular warehouse, a refrigerated warehouse, or in a “CA” (controlled atmosphere) room, a technology pioneered in the Hudson Valley. The oxygen is displaced with nitrogen, and without oxygen, the apples “go to sleep,” said Frank. “The rooms have to be carefully and continuously monitored.”

All this talk about apples is making me hungry so I’m off to make something with apples. Here’s my favorite compote recipe: 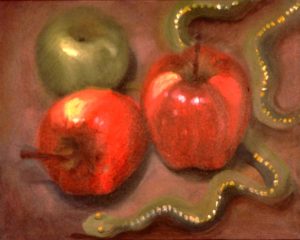 if you like lemon, finely chop about 1/3 lemon’s worth of zest. Add just over half of that and mix. If you’re decadent, put pats of butter on top. Sprinkle with about two handfuls of chopped dried fruits (prunes, dates, figs, peaches and/or apricots, or whatever you have on hand) and two handfuls of chopped nuts. Sprinkle with more cinnamon, the rest of your zest and, if you like, add more butter.

Cover and cook at 335 degrees for 45 minutes or  until the apples are soft. Serve with optional drizzled maple syrup and/or whipped cream.