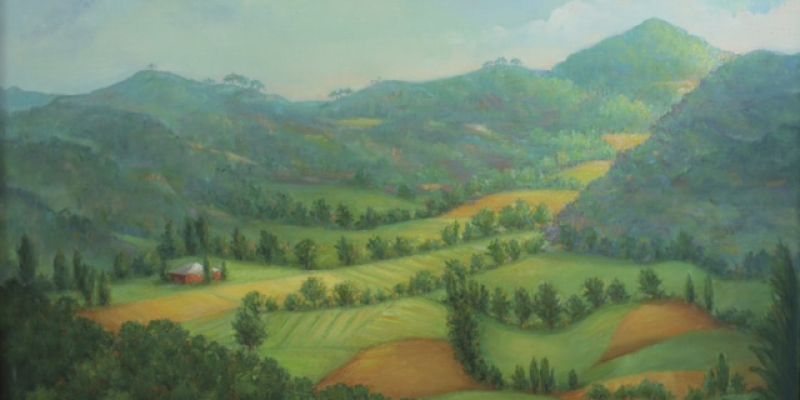 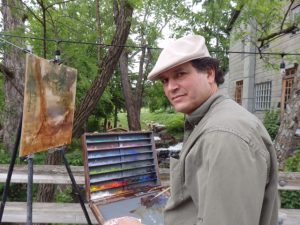 John A. Varriano and Marsha Massih embody the truths that creative people strive for. He is an accomplished portrait painter; she, a still life artist and landscapist. Some artists talk the talk, but these two live to paint and, happily, now paint to live!

They met at the age of 29, at New York City’s famed Art Students League, after pursuing very different career paths. Marsha, raised in Iowa, came to Manhattan for Columbia’s graduate School of International Affairs, but soon felt lost on this path, finding her real solace in art classes. After completing her masters, she realized that art had hovered over her life since her junior year in Paris, when the Louvre helped change her perception of the world. At the Art Students League, she studied with very traditional instructors in an environment where fascinating artists were treated as equal explorers.

John is a first-generation American who was president of the Art Students League for two years and is a regular workshop instructor there.  He was exposed early in life to the craftsmanship of masonry, bricklaying, stone and marble work by his Italian grandfather and father who came to Queens, NY, in l955. Even though at age seven he was more interested in reading about Michelangelo and Leonardo than comic books, and was copying his grandfather’s ornamental renderings, he became an electrical engineer. Although a trip to Italy before college was a watershed moment, art was not a career choice. For many years he worked for the NY Parks Department on capital projects and park restoration. This job afforded him time to finally study painting. After five years at Parks, the pull of painting was so great, he left his job to pursue art fulltime. 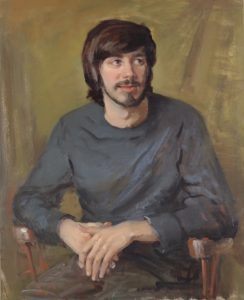 A portrait by John

Fast forward to the Art Students League and two twenty-nine year olds; they knew they had to live artist’s lives, and they knew that they had to do this together. Their solid traditional training gave them the skills to grind pigments into paint and to prepare panels in the Renaissance style, but added to that was their ability to also teach art. They eventually moved to a place where they could simplify their lives, be surrounded by a stunning landscape and be as resourceful as possible to support the lives of artists while bringing up their two daughters. They came to Gardiner for the landscape, but stayed for the people! 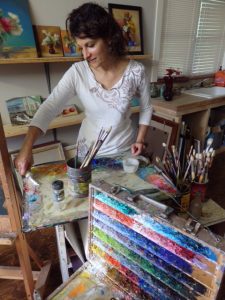 On the grounds of their impeccably restored, art-filled stone house they hold workshops for painters and novices alike in a large studio with all the aromatics of an imagined Renaissance world. Marsha also teaches children in New Paltz and Gardiner. They are both GOST artists (Gardiner Open Studio Tour) and their work can next be seen during the October GOST tour.

If you can’t wait to get acquainted with these consummate artists, or you have always wanted to work in oils, contact them at (845) 255-1228.