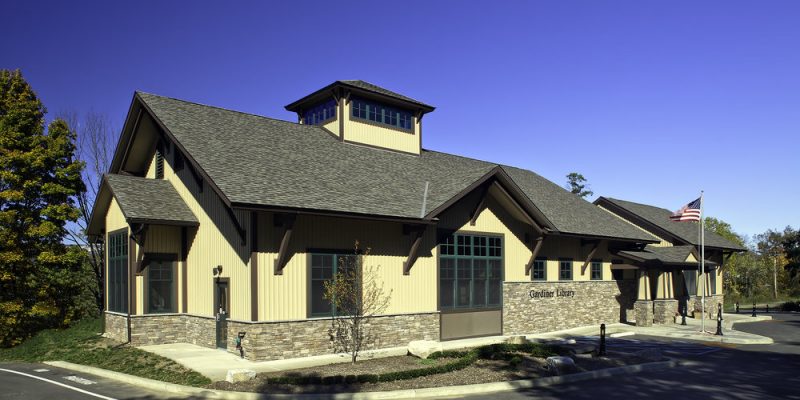 The Friends of the Gardiner Library hosted a celebration in August to honor those who  created the library landscaping and memorial bricks display. The Friends began selling bricks with name plaques in 2001 to raise money for a new library. Last fall, as a community service project, members of the New Paltz High School football team began preparing the ground for placement of the bricks.

Honorees at the celebration included Gordon Pine of Gordon Pine Landscaping, who supervised the football team’s work and whose own hard work, imagination and generous donation of materials for the memorial brick display came to fruition this summer. Pine designed the display to look like train tracks, matching the old train station feeling of the new building.

George Majestic was also honored for more than once answering the call to move the pallet of bricks when winter weather struck. Also honored were Colucci PE Excavation and Tantillo Landscaping Supplies and Excavating for their generous donations of boulders, crushed stone and mulch. The memorial brick garden is located in front of the Gardiner Library. For further information, call the library at 845-255-1255 or visit www.gardinerlibrary.org.