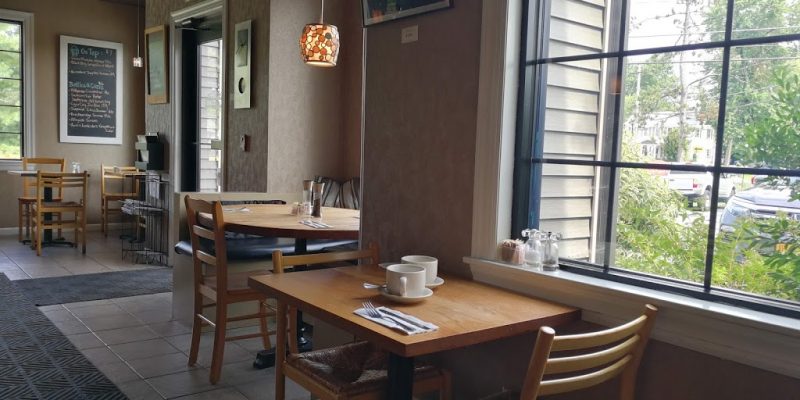 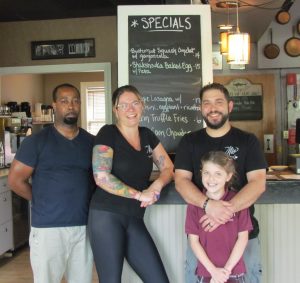 For those who do not know Mike Bernardo, the owner of Café Mio, he grew up in a family where serving food was a way of life. His mother was a teacher who moonlighted as a caterer on the side. He often helped her in that endeavor as well as his aunt who had an Italian restaurant where he washed dishes. In 2001, Mike graduated from the Culinary Institute of America and worked for others in the food service industry until 2009 when he decided to start his own business. Gardiner was a convenient location because his wife was born and raised in Wallkill-–a 5-minute drive away—so when Mike saw the place was for sale, he purchased it. Café Mio officially opened in November 2009 and has been serving the food we have all come to love and enjoy ever since.

That’s not to say it was easy from the start. Mike said, “During the first few years, business was slow but, with an increase in tourism and word of mouth, now many come from near and far.” When asked about his customer base, Mike replied, “While most of our customers are locals and second homeowners, some of our patrons come all the way from places like Poughkeepsie or Montgomery to eat here each week.”

In their tenth year in business, Mike decided to expand the space. Originally the expansion was going to be toward the parking area but the lease of the hair salon next door to Meadowscent, the florist & gift shop, was up, so an opportunity presented itself. Meadowscent agreed to move to the location of the former hair salon which made it possible for Café Mio to expand into the space right next door. Coincidentally, this all happened only 4 days before New York State mandated all restaurants close because of the Covid-19 pandemic. Mike looked at the closedown as an opportunity to renovate the space nearly doubling the seating capacity, while continuing to employ Café Mio staffers in the renovation work, most of whom have been with Café Mio for years through thick and thin. When the state allowed restaurants to reopen, they had ample room for the mandatory 6 feet distance between seating areas to keep their patrons safe.

When speaking further about the pandemic’s effect on his business, Mike said, “Covid was the worst thing I had ever experienced in my life.” and “Café Mio barely survived financially, but thanks to locals who purchased gift cards during the closure and loyal customers who returned, we weren’t forced to close our doors.” If they had closed, more than customers would have lost out. Mike believes in sourcing as many ingredients as possible locally, and procures seasonal produce from other local businesses, such as Wright’s Farm, Tantillo’s Farm, Dressel Farm, Insook’s Kimchee & Organic Produce, and RSK Farm; local beef is purchased from Full Moon Farm. The lesson? We rely on one another in Gardiner, and it is in our best interest to support local businesses.

So, what’s on the menu? Mike commented, “Because the area is a melting pot of people, we offer a regular menu for people who want familiar foods but also offer inspirational, creative items to please the palate.” There are so many things to love about Café Mio. Let’s start with the fact that breakfast and lunch items can be ordered any time, there are gluten-free choices, unique specials, and catering. Why not take advantage of their catering services for your next event? Your patronage supports not only those who work at Café Mio but also the network of local businesses that supply most of their food stuffs.

Café Mio is open Wednesdays – Sundays from 9am to 4pm. Daily specials are often posted at www.facebook.com/miogardiner and the menu can be viewed at www.miogardiner.com.