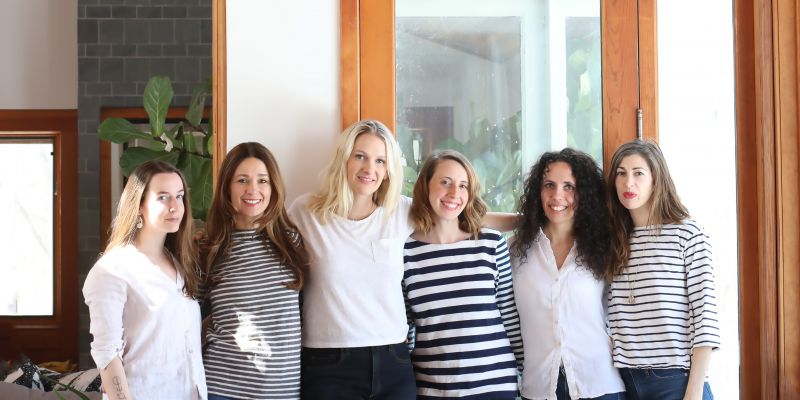 The natural skin care company Kiss My Face is no longer in Gardiner, leaving its red industrial building on Main Street for sale or lease. But two other natural beauty companies are now based downtown. And they—along with Made With Love on Albany Post Road—have led Gardiner to become a small hub, of sorts, for clean beauty.

The Gazette will profile the newest of these companies—Meow Meow Tweet—in a future issue. And soon we’ll be updating readers on what’s new at Made with Love, a natural skincare company owned and operated by Michele Tomasicchio.

For now, we’d like to introduce you to Captain Blankenship—which is not a person, but a company named after a person. Captain Blankenship was founded in California in 2009 by Jana Blankenship. When she married Levi Blankenship, a friend said to her, “Well, now you’re captain of the Blankenship!”—and the company’s name was born.

Captain Blankenship moved to Gardiner in 2014, when Jana and her husband moved here to be closer to family. Initially, Jana ran the company out of a building on Osprey Lane and all products were made there: body creams, facial oils, bath salts, shampoos, deodorants, sea salt hair sprays. The products are always made with natural ingredients—no synthetic fragrances, sulfates, parabens, or preservatives—and the ingredients are sourced organically whenever possible.

Before long, Captain Blankenship products were being sold across the country, at Urban Outfitters, Sephora, and boutique beauty stores eager to follow the new trend in clean beauty: self-care without chemicals. Last year, Target picked up the company’s “Sailor” line, and because the chain store needed a large number of items, Jana moved her production to a facility in Edison, NJ.

The company’s headquarters remains in Gardiner, with “the ship” now based in an 1890s salt box house on Main Street. (Meow Meow Tweet has taken over the Osprey Lane location.) While there is no storefront, and only a few products are still made in-house, the Blankenship office hums with activity. It’s full of packing boxes for sending out samples, and all sorts of oils, creams, and natural products used for product development.

The company is staffed entirely by women. Five of the six employees have young children, so they have collectively agreed on a parent-friendly work schedule in which everyone works from home on Fridays—and taking time off to attend to a sick child is never frowned upon.

Jana, who worked as an artist and curator before starting Captain Blankenship, hopes clean beauty is “the wave of the future.” In the near term, she intends to focus the Blankenship product line on clean haircare products, and she has a new book coming out in July from Ten Speed Press called “Wild Beauty: Wisdom & Recipes for Natural Self-Care.”

As for the company moniker, does the staff get a lot of inquiries about it?  Not really, Jana says, but they’ve gotten an unusually high number of orders from people with the last name of Blankenship. “Who knew there were so many people out there named Blankenship?” Jana says with a laugh.