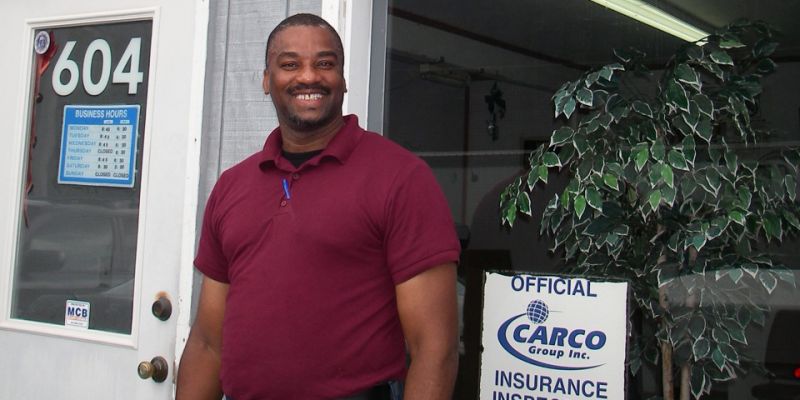 It was April. The winter had been fairly typical for the Hudson Valley—snow, sleet, freezing temperatures and then, mud.  I was standing in my driveway examining my 2005 Honda Pilot whose odometer was pushing 100,000 miles.  The outside was caked with dirt and salt.  Inside, the front mats were muddy and full of shale.  The back seat, holding three grandkids’ car seats, contained enough crumbs to fill a lunch bag.  A few coffee and juice spills added to the carnage.  I was defeated.  I usually put on old jeans and a t-shirt and pull out the hose.  Not this time.

Recalling a sign I’d seen across from The Natural Pet Center on Route 208 brought a smile to my face.  “Parker’s Auto Waxing” where, Parker’s card reads, “You’re always #1!”

Fast forward a few days.  My car is shining, mats and seats are clean and the crumbs are gone.  Even the engine looks new!  The person responsible for this magic: Charles Parker.  Known as Parker to just about everyone, he began detailing cars in high school.  He worked for dealerships readying cars for new owners and thought, “I could do this for myself.” He started his business in 1990 in New Paltz, but found the space he was renting too small. In 2002, his friends at Chestnut Mobil rented him a garage bay, and Parker’s Auto Waxing was born. Parker moved in and renovated the adjoining space, which became the waiting and rest room he’d always wanted. 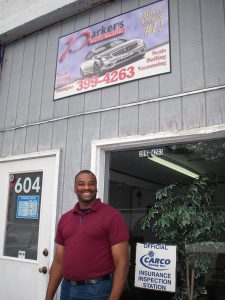 Charles Parker in front of his shop.

During the day Parker works for a dealer doing what he does in the evening in his own shop.  His wife Anna works during the daytime hours washing, shampooing and hand waxing cars and saves the buffing for him when he arrives home. Parker enthusiastically lists the many services he and his wife offer.  Clearly, this man loves his work.  “Gardiner is a good place to do business”, he adds.  “I like the atmosphere and I like the people.  They’re down to earth.”

Parker and Anna will transform your car, truck, camper, full size mobile home, van or motorcycle.  They’ll remove pet hair, clean wheels, install mud flaps, touch up paint, tackle mildew and scotchguard your seats. Parker says, “We pride ourselves in what we do.” That was evident when I picked up my car.

Parker’s Auto Waxing is located at 604 Route 208 next to Chestnut Mobil. For pricing, hours of operation, details about additional services or to make an appointment, call 399-3263 or go to parkersautowaxing.com.