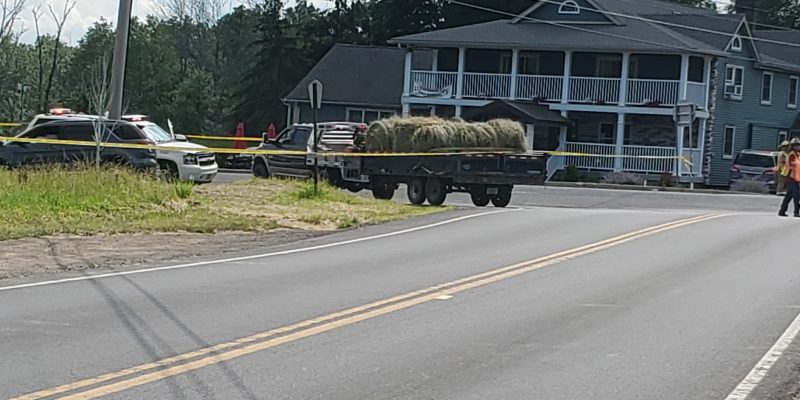 A sense of dread overwhelms me whenever I hear sirens and see first responders racing out of town west on Route 44/55. Most likely they are on their way to face yet another gruesome scene at the corner of Bruynswick Rd and Route 44/55 in front of Lombardi’s Restaurant. According to State statistics, this intersection is one of the deadliest in all of Ulster County. Gardiner residents and visitors alike risk their lives anytime they pass through that intersection. Residents have posted in the “Gardiner NY” Facebook group wondering how many more must be injured, maimed, or killed before something is done to make that intersection a safer place to drive.

Accidents have been occurring there for years.Some walk away from wrecks with their lives like in the collision that demolished two cars in April 2008. Others, however, were not so lucky. Last year in August an off-duty police officer Dustin James died of injuries when his motorcycle was hit by a car, followed by the death there of Thomas Griffin in September. From all accounts, Gardiner residents have been voicing their concerns about this dangerous intersection for years, but these have largely fallen on deaf ears.

Then on this past Father’s Day, George Airday was killed when his motorcycle was hit by a vehicle. A local resident, Carolyn Marosy, was shocked when she heard about his death, and she commented, “He was in law enforcement, as well as in the Gardiner Fire Dept. I feel his commitment to public service is noteworthy. His death was senseless and avoidable – a real tragedy.” She feels it would be fitting for the intersection to be named after him and perhaps also after the other police officer who died there last year. Another resident, Liz Velic, expressed her concern, “The intersection will only get worse as the area becomes more attractive to tourism.”

Because Bruynswick Road is a county road maintained by Ulster County and Route 44/55 is a state road maintained by the NYSDOT, it’s tricky. Dennis Doyle, the Director of Ulster County Transportation Council (UCTC) is aware of the issue. UCTC is in the process of conducting a countywide analysis of roads. The intersection of Bruynswick Rd and Route 44/55 has been recognized as a “high crash location.” According to Mr. Doyle, changing speed limits doesn’t stop people from speeding. Rather he suggested signage that warns drivers to be alert to a hazard ahead has a better impact. “The DOT is not likely to consider a 4-way stop on state roads,” Doyle explained. The UCTC agrees with the County Executive office that a light at the intersection is the solution to reducing the number of accidents and fatalities there. He further stated that it was unfortunate that County Executive Pat Ryan’s letter to Regional Director of NYSDOT Director, Lance MacMillan, was not received and acted upon in time to prevent yet another tragic death at that intersection. As of June 2021, the official response from NYSDOT was, “Safety is a top priority for the New York State Department of Transportation. As this incident is still under investigation, we are unable to comment at this time.”

Only time will tell if any solution will be implemented there to protect the lives of residents and tourists. To access a petition online requesting that the NYSDOT put a stop light at this dangerous intersection go to change.org/p/new-york-state-department-of-transportation-traffic-light-needed-at-bruynswick-and-route-44-55-intersection