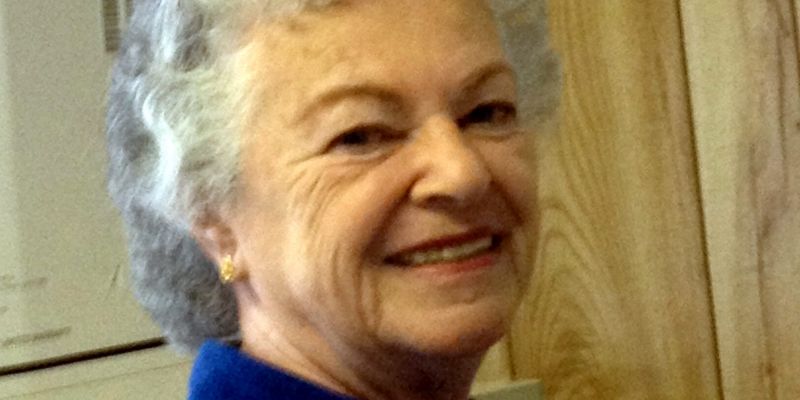 “I have traveled to some of the tallest mountains in the world but always love coming home to my little mountain in the backyard.” And so she has. Joyce Alexander still lives on a piece of the 120-plus acre Albany Post Farm where she grew up and where her family operated a dairy farm.

On June 30, Joyce ended her longest service to our community, retiring after thirty-two years as Secretary of the Gardiner Fire District. She is still serving Gardiner as one of five elected Fire Commissioners—another responsibility she has held for eighteen years.

Joyce explained her travels, “I have traveled to many parts of the world and attended many Elderhostel programs and intergenerational programs with my three older grandkids, who are now college graduates. I plan to travel with my five younger grandkids and show them this beautiful world. I’ll continue with my hobbies such as Road Scholar traveling and visiting historical sites throughout the US, together with my conservation efforts.”

Joyce did not officially meet Walter Alexander until they were both adults although they had both ridden the same school bus,  They married and raised four children. Since Walter had been a volunteer Gardiner firefighter for many years, Joyce was already indirectly involved.

In 1977, the existing Gardiner Rescue Squad became part of the Gardiner Fire Department as did its members. This opened the door to many first aid volunteers, and brought women into the Department for the first time. At that time, both Walter and Joyce became EMTs and joined the Squad. Since all members of the Fire Department are considered firefighters, Joyce also completed a number of firefighting courses. She recalled that, “In 1980, Carl Dommreis, longtime Secretary-Treasurer of the Gardiner Fire District, wanted to retire. Fire Commissioner Bill Stamatedes approached me to fill the job and here I am, thirty-two years later. I also held the elected Treasurer’s position for ten years.

“When I began in the Secretary-Treasurer position all minutes and records were hand written in journals. I purchased a notebook with numbered pages as a permanent book of record and began typing the minutes. After a draft copy was approved by the Commissioners I retyped the minutes in the permanent book of record. After sixteen years, I graduated to a word processor and ultimately to a computer.”

Fire Districts are political subdivisions governed by the State Comptroller. As Secretary, Joyce’s tasks have included dealing with vendors, meeting Comptroller and other deadlines for reports and other data and organizing and supervising the Fire District’s elections. “Over the years,” she says, “I’ve served with thirteen Fire Commissioners and sixteen Fire Chiefs. “Of all the changes that have occurred, I feel the Emergency Response System Enhanced 911 was a great advance in having emergency departments respond quicker. It has saved countless lives and has greatly increased the protection of lives and property. The Gardiner Fire District serves not only the residents of the District but also the public recreational areas that often require emergency assistance.

“My biggest regret is that the old firehouse used by the District and deeded to the Town of Gardiner years ago [the former Gardiner Library building] will not be returned to the Fire District and remain a public property. There are many public uses for it.”

When asked why she retired from the Secretary’s job now, Joyce smiled and said, “You know when the time is right and I still have so much to do and see.”