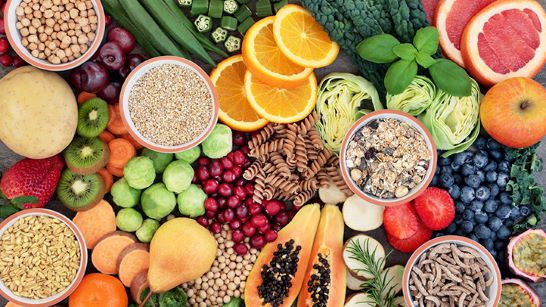 Editor’s Note: As The Gardiner Gazette was going to press, a new food bill called the Food Safety Modernization Act had been passed by the Senate and was on its way to the House. By the time you read this, it may well be law, and that will be sad; while the bill attempts to be prevention-oriented, many are concerned that it could have disastrous impacts on our local producers and alternative health products.

In 1906, Upton Sinclair’s The Jungle—a gruesome book about the working and sanitary conditions of Chicago’s meat-packing industries—led to drastic changes in the regulation of the food system, including the establishment of the Food and Drug Ad-ministration (FDA). Unfortunately, food safety laws haven’t been updated in 70 years, even though big agriculture has radically reconfigured how food is produced, distributed and consumed.

The Jungle’s modern-day equivalents, such as Eric Schlosser’s Fast Food Nation and Michael Pollan’s The Omnivore’s Dilemma, have highlighted drastic problems with our current food system, and pressures on legislators in Washington have grown with each mass food recall. The FDA, which is tasked with inspecting our food, has limited capacity for inspections—some producers are inspected every 10 years, some not at all—and a lot of bad food is slipping through. The Centers for Disease Control estimates that each year millions are made sick and thousands die because of e-coli and salmonella poisoning.

The Food Safety Modernization Act, estimated to cost $1.4 billion  over five years, expands the FDA’s resources and authority to regulate food producers and processing facilities in an attempt to prevent bad food from ever getting to your plate. The act won’t apply to meat or poultry; they  are regulated by the Agriculture Department, which has always had more oversight capabilities than the FDA . The new Act attempts to address how crops are raised, harvested, and brought to market by:

and adhere to stricter standards

• establishing a tracing system for food

• giving the FDA the power to quarantine a problem area

• creating a $500 annual registration fee to help pay for costs

Rural legislators were quick to point out that the initial draft of the bill would have caught many smaller, family-owned businesses in a regulatory nightmare they could hardly afford. The outcry led to the Tester-Hagan Amendment that exempts farms that have $500k or less in sales, and sell a good portion locally—so now the law won’t affect farmer’s markets, CSA’s, or smaller farmers.

However, according to two Gardiner apple farmers, Mike Boylan, who runs Wright’s Farms, and Rod Dressel of Dressel Farms (see related article, “Gardiner’s Agricultural Heritage: Dressel Farms,” page 2), this amendment won’t help medium-sized farms  like theirs, or those of many other apple growers in the Hudson Valley. This one-size-fits all approach will drastically impact their operations with burdensome requirements, mountains of paperwork, and increased costs. Not surprisingly, big ag companies actually protested the Tester-Hagan amendment, saying all producers should be similarly regulated, knowing full-well that only the big boys can afford to play by these rules.

Tanya Marquette, a Gardiner resident and alternative health activist, is also concerned that the law will impact vitamin and supplement producers. The Alliance for National Health has pointed out how this amendment is weak, and Marquette stated that it creates huge loopholes that will give the FDA legal cover to shut down small producers. Americans spend the same amount on naturopathic as allopathic remedies, so again, the big players would love to take a chunk out of that market. Marquette stated “This law is part of an international effort to standardize how we eat and take care of ourselves—that’s what we’re battling.”

Many commentators have stated that, while it’s high time to address the problems with the system, this law doesn’t address the consolidation of the food supply, nor the negative impacts of industrial agriculture. The question remains: How do you feed 300 million Americans…safely? Will paperwork make our food safer?

We may be too late to voice our opinions and keep this bill from passing into law, but if we want our local farms and food producers to survive, we’ll have to fight for more ammendments.