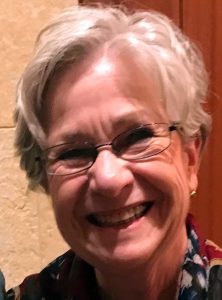 It’s possible that without Barbara Sides, The Gardiner Gazette would not exist today. Barbara was an early member of The Gazette Committee and devoted herself to it for over eight years, retiring in 2018, only when her health began to fail. She died on August 11th.

Barbara mentioned often that writing did not come naturally to her. It was difficult work, yet she always tackled the big, tough topics. In 2016, there was “Out of Sight, Out of Mind: Indian Point is Only 31 Miles from Gardiner,” and “Heart Attack: Helping Our First Responders Help Us.” Many other hefty topics preceded and followed. “Don’t you want to tackle a bit of fluff this time,” we often asked. She rarely did.

Barbara combined a supreme calm with extreme passionate for whatever she did, and the Gazette benefitted from both those qualities. We miss her, and are so flattered that she chose The Gazette to add to her already full plate of community activities.