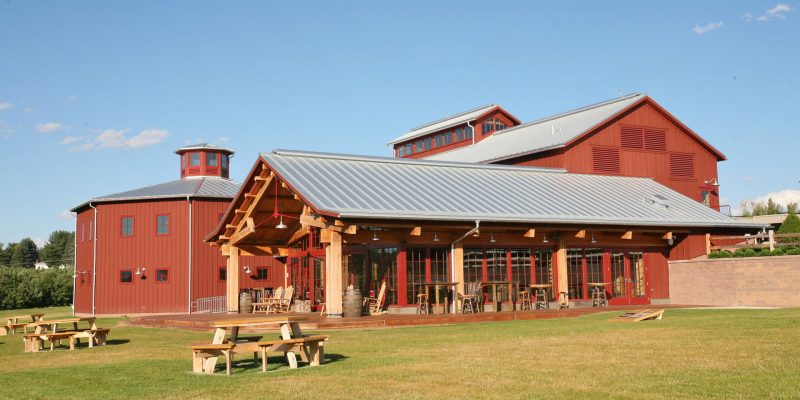 As I drive up to meet Matt Bialecki at his office, aptly named the Field Station, I am struck by the beauty of the field that surrounds the building; it shimmers in the gentle winter light. By contrast, as I enter, I am met by a fiery force of nature in the form of Matt himself. I’m immediately taken in by the story of architecture, as told through Matt’s obvious knowledge of and passionate commitment to the discipline.  I also quickly begin to appreciate the role architecture and planning—below conscious thought for many of us—play in our lives and the life of our community,

I learned that the choice of location for his office was in part inspired by the southern light outside the main window, in combination with the large red maple tree sitting right in front. The eye of this architect, whose work is utterly infused with the ideas and practices of sustainability, understood that the studio would be protected from the hot summer sun as the leaves on the tree emerged in the spring, and allowed more light and warmth as the leaves dropped in the fall. 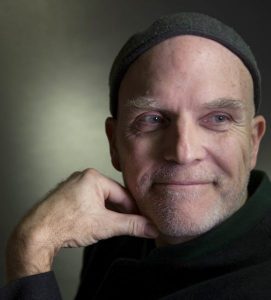 Matt shared that he can barely remember a time from early childhood that he didn’t want to be an architect.  The impression I got was that this work has been his life’s calling. From the beginning, in his formal education, he was influenced by the fashion of the time which saw building science emerge as a discipline.  This was in the 1970s during the energy crisis.

Sustainability was part and parcel of this new idea of designing and building structures within which humans can best live, work, learn and play. Sustainability is broader than just the buildings themselves. It also looks at placement of structures in relation to nature, as well as within communities. What gets built and how it gets built can play an important role in community expression and identity. In a sense, architecture—how we build buildings, in combination with how we plan development—speaks volumes about a community’s values.

Matt’s driving interest over the years has been to create architecture that integrates with the nature around it, that is sustainable and doing as little harm as possible to the environment in which it exists. The other driving force has been for his work to celebrate the traditions of the community in which it lives, while interpreting those very traditions in a contemporary style.

The way Matt has brought this vision to life, over his many years of practice in the Gardiner area, has been through active civic engagement.  A question he has asked himself is, how does one manifest community identity through architecture? The answer to this guiding question has taken the form of a focus on regionalism, the preservation of nature and the building of community infrastructure.

Matt has sought to highlight and preserve, for generations to come, what he believes is unique and precious about this area. Some examples are his designs for Sam’s Point, where Matt used the inspiration of the mountain and the stone to design and build the visitor’s center, and the Allbright Smith House, which is gently nestled in the fields and woods of Gardiner with an unobstructed view of the iconic Sky Top tower.

His community efforts include involvement in the preservation of the Ridge, through the Save The Ridge efforts, in which as many as 900 local residents participated, and his work on the Master Plan for the Gardiner Hamlet, which sought to implement a vision that has helped connect Main Street by building sidewalks for pedestrian traffic, a thriving new library building, a new town hall, as well as affordable housing and increased services in the village hub.

Matt credits these achievements in promoting and establishing a Gardiner community identity to the concerted efforts of a broad coalition of local institutions, like the contributions of our many multi-generational farm families, the Gardiner Business community, local churches, organizations such as Mohonk Preserve and the Open Space Institute, as well as our town government.

By the end of my conversation with Matt I understood that, by the force of the synergistic relationships of these many parties and their many efforts, we can all truly feel grateful and proud to call Gardiner home.