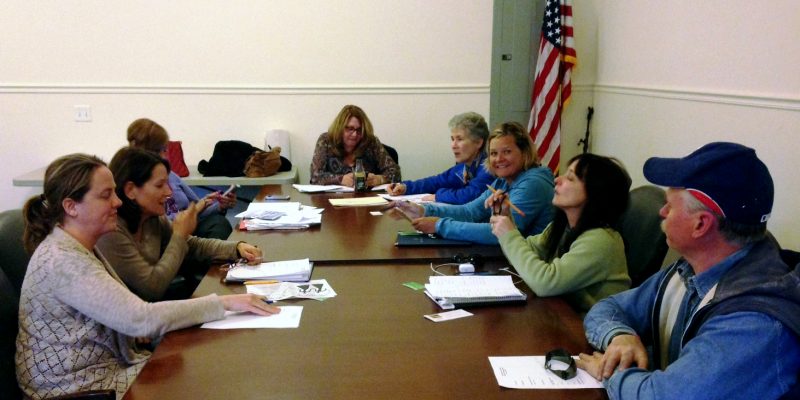 Back in 1985, Carol Anne Majestic and Mike Moran, Supervisor at the time, thought a community-wide gathering with live shows, music and events that cost nothing to attend might be, well, fun.

From those early discussions, the Gardiner Day Committee emerged, and on September 12th what is now called Gardiner Day will celebrate its 27th year of community fun. Not the 30th year because, as Jewell Turner explained, “We had to cancel Gardiner Day a few times due to flooding and hurricanes.”

Jewell was also involved from the beginning and says, “To keep Gardiner Day fun and affordable, we need to have fundraisers throughout the year.” Gardiner Day is a bargain. It’s free to attend, but it’s not free to put on. Each year, it costs about $5,000, which the Committee must raise, and each fundraiser requires its own planning, set up and management. The Committee actually runs three or four major events during the year, culminating in the big event, Gardiner Day.

But Jewell and other veterans of the committee fear that community participation and volunteerism may be on the wane. “At first we thought it was the weather, but then we had to cancel the Spaghetti Dinner due to lack of attendance—after 20+ years. We’ve produced a fabulous murder mystery and wine tastings and dances; we even had parades. But,” she added, “we need community support . . . we need people to come to our fundraisers and we need people to volunteer on Gardiner Day and stay to clean up afterwards. Without that, we can’t keep this tradition of community going.”

The Gardiner Day Committee  also hosts other events unrelated to Gardiner Day, such as the annual Christmas caroling and the Women Helping Women Dance last April, all the proceeds of which go to the Ulster County Shelter for Battered Women.

Jewell summed up, “Come give us a hand however you can, and hope for good weather on September 12th!”