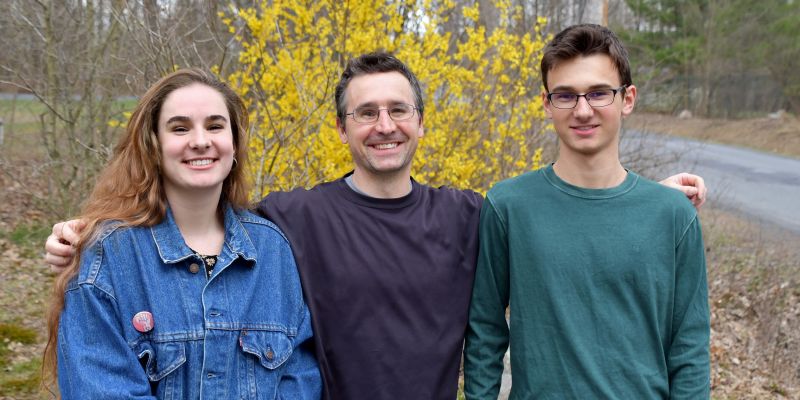 Gardiner Gazette, Now on the Net!

Most of us realize that the internet is an amazing resource, and thanks to one family that put in a whole lot of time and effort, The Gardiner Gazette is now part of that resource, and is fully online and accessible to all!

The Gazette did have a website prior to this new iteration. It served us well for a number of years, but we had limited resources when we commissioned it, and the website had limited capabilities. Now, thanks to Gardiner resident Marty Brutvan and his twin teens, Lydia and Riley Brutvan, you can access every article since The Gazette’s 2009 inception.

Most importantly, the articles are now searchable, and we can link directly to individual articles instead of just to a pdf of the whole issue. Some of you, especially advertisers who pay with paypal, will have already seen the new site; it has been quietly live for a while now since some of the work could only be done once it was launched.

As a member of the Gazette Editorial Committee, I had known for a while that we wanted to get a fully functional online version of the quarterly up and running. However, I also knew that it was going to be a ton of work and no one really knew enough about the technical aspects to take that on. So, when I heard that we were going online, I was excited and wanted to know who had stepped forward and how it all started.

Gazette General Manager Carol O’Biso explained that web designer and Gardiner resident Marty Brutvan of Bigfish Design was suggested to us by late, former Gazette member Barbara Sides. It was the Gazette’s intention to pay him, but he was adamant; he did not want any money to redesign the site.

Carol says, “I also assumed that we would upload only current and future issues, but Marty was enthused about getting every single article up there. When I gasped and asked who would do all that work, he thought for a minute and said, ‘It’s not that hard. My kids could do it.’ I said, ‘OK, they could, but will they?’ And so they did.”

Over the next year Carol uploaded every image and every original Adobe InDesign document to a shared Dropbox folder and, little by little, Lydia and Riley got every article on the site individually. “It was a huge body of work,” she says, “and we decided to give them a small stipend for each issue.”

The task took a lot of technical knowledge and Marty explained that he is a web developer (programmer and designer). He said, “My online roots date back to the dawn of the internet age. Over the years, I have assisted a number of local businesses and organizations with their websites, including the Phillies Bridge Farm Project, Taliaferro Farm, and the Gardiner Democratic Party. I currently work for Kaplan Education as a UI/UX specialist.”

Clearly Marty had a lot of technical ability and apparently the apple didn’t fall far from the tree. Marty explained that as a result of working on the project, his kids learned how to use Adobe InDesign and Photoshop in order to prep the articles and images for the web.

Through trial and error they also learned the ins and outs of WordPress, the content management system that powers The Gazette website. When asked how much time it took, he said that to input one article ranged from anywhere from 10 minutes to 45 minutes.

Hmmm…46 issues, about 15 articles per issue. So, when it comes down to it, if each one was an average of 30 minutes, Lydia and Rylie spent 345 hours of their time learning a bunch of new skills and figuring out different computer systems in order to get the entire Gazette online for a very small stipend. I thought to myself, “ Wow! These are some kids!  They really exemplify what the next generation is capable of.” To see all the issues Lydia and Riley have uploaded, go to gardinergazette.com or do a web search for “Gardiner Gazette.” Once you are on the home page, it is easy to access anything that was ever published in the Gazette. The search tab can be used to look for old articles by title, author, key word, or issue, and another nice feature of viewing the paper online is that everything is in color!

You can also still download a pdf file of an issue. Those can be found by clicking on Past Issues and clicking Download PDF.

We hope you’ll check out the digital version of the Gazette!  A big shout out to Marty, Lydia, and Riley Brutvan for giving us that option! The next step in the makeover is that the printed Gazette will be redesigned to be more in keeping with the new site. As soon as we work out all the kinks, there will also be a new opportunity for advertisers; web-only ads will be very affordable, in full color, and can include links to advertisers’ own websites.