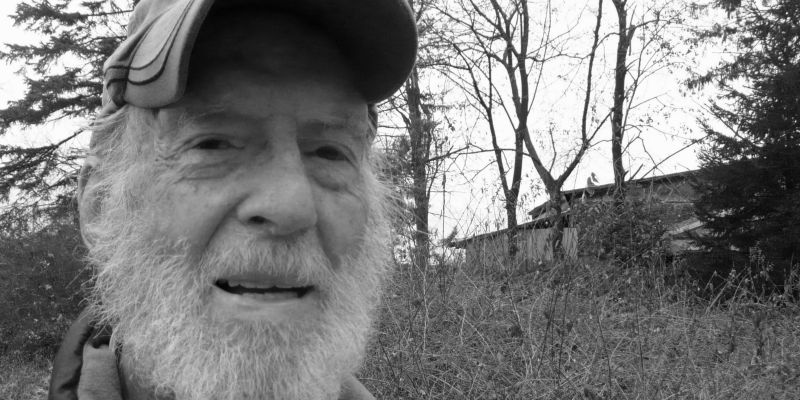 On December 24th 2012 Carleton Mabee, Gardiner Town Historian, turned 98.  I expect he spent much of the day at work on his newest book, now nearing publication, and probably some of it at Arteaga’s gym in Highland, where he is regularly seen. 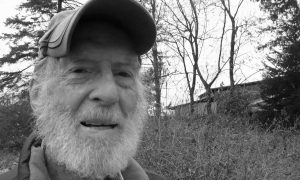 Carleton was born in Shanghai, China on December 24, 1914, where his parents were school teachers. His mother taught English; his father, chemistry. Can you imagine 1914 Shanghai!? He says he remembers what a child would remember from those days, although he and his wife Norma made a trip back  there some years ago to renew some of the memories. The school and the campus where he and his parents lived was still there and still being used as a school. At the age of nine he came to the US and finished out his early school years in Maine. He received his Masters and PhD from Columbia University in New York City.

I assumed his writing career had come from his mother, the English teacher, but Carleton said his interest in writing arose during the time he was writing his PhD thesis. The idea for his first book came from an advisor who was himself interested in Samuel F.B. Morse but didn’t have time to follow it up. Carleton wrote his thesis on Morse. It later became the book, American Leonardo, the Life of  Samuel F.B. Morse. It won Carleton the 1944 Pulitzer Prize for Biography and he never looked back as an author. He was teaching at Clarkson College, an engineering school in northern New York State, when he wrote a book following the biggest engineering project of the time; the St. Lawrence Seaway. He says it was a natural. Engineering college, massive engineering project, writer all came together to produce a fascinating history.

While teaching at an experimental college in Michigan he became aware of  the problems of segregation and the black experience, even in the north. From then onwards Carleton wrote and did research on the black experience. Sojourner Truth: Slave, Prophet, Legend is the culmination of this interest. Carleton’s daughter, Susan Mabee Newhouse, was co-author of this book. Carleton told me his daughter is a very hard critic of her old dad. (And also said that is as it should be.) His meticulous research and Susan’s sharp pencil makes this a necessary read for anyone interested in the life of Sojourner Truth. Other books by Carleton exploring the black experience are: Black Education in New York State: From Colonial to Modern Times; Black Freedom: The Non- Violent Abolitionists from 1830 Through the Civil War and A Quaker Speaks From the Black Experience: The Life and Selected Writings of Barrington  Dunbar.

Carleton and his family came to New Paltz in the middle 1960s. He taught at  SUNY New Paltz in the History Department until his retirement. He said he  taught nearly every history course offered at one time or another: World, Chinese, Black American history and others. He purchased a 200 year old home in Gardiner from the Deyos, the family that built it in the 1790s, where he still resides. The home is lovely, tucked back among huge old trees. Inside, the woodwork is original and all the cupboards and closets are polished wood. The perfect residence for an historian.

Carleton has been the Historian for the Town of Gardiner since May 8th, 2001, when he was appointed by then Town Supervisor Laura Walls.  Each supervisor since has reappointed him to the position. He has been keeping a newspaper catalog of Gardiner events and interests since that time. It now encompasses many notebooks full of  clippings. Carleton said that his term as historian has brought him many interesting asides. One is a couple trying to “collect” places that Sojourner Truth walked. They were amazed and thrilled when he took them to the Sojourner Truth Library at SUNY New Paltz and the Sojourner Truth Park on the edge of the Wallkill River in New Paltz. Others interested in history in general, or in a particular bit of their personal local history, contact Carleton about where and how to fill in that niche. As he collects clippings and other bits of Gardiner history, he writes books. He has written a picture history of Gardiner and Lake Minnewaska, a history of  the beginnings of the Gardiner Library, and now his new book which is on the history of open space in the Shawangunk Mountains. I don’t know how many other towns across America have a Pulitzer Prize winner as their Town Historian (especially one who is actively snowshoeing and canoeing at 98), but I suspect that Gardiner is unique in that respect. We should be honored that Carleton Mabee is treasuring our  history, keeping it up to date, and making it available for anyone now or in the future.