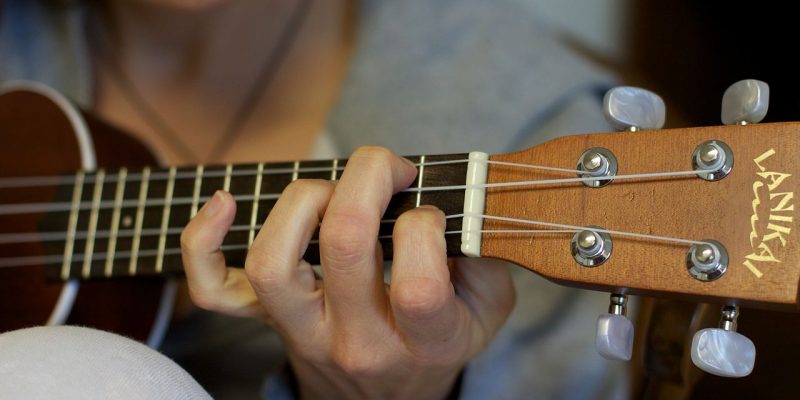 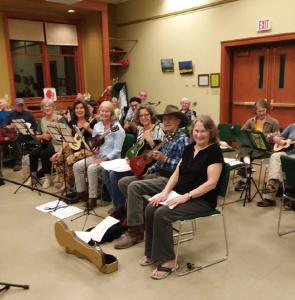 Jeff Pfeffer began playing musical instruments 30 years ago – both guitar and ukulele. With the Ukulele Group at the Gardiner Library – The Ulster County Ukuleleans – he finds joy in both leading the group and watching them further their skills, especially in the area of performing in front of others. “I have been playing the guitar since I was sixteen and the ukulele since I was forty and I just love to play music. I love to get in front of people and perform. Put me in front of a microphone. I just really love it. If someone is shy about performing, I join them. I just want it to be a welcoming place and for people to feel comfortable,” he shared.

The group at the library was an evolution from Jeff’s work with the Pinebush Ukulele Group. He credits Sheryl Silver for encouraging him to do the group in Gardiner. “I walked into the library and asked about forming the group and they said YES!”

The group has 27+ individuals and meets once a month, every second Wednesday from 6-8PM, at the Gardiner Library. Since the height of the pandemic, they have started to get back together in person. Jeff really encourages people to come and join and not feel intimidated. “The ukulele is such a playable instrument, you really don’t have to be an expert to pick it up and play,” he noted. “I would suggest if anyone wants to play and be a part of the group, they should join us. It’s easy going, fun and no pressure whatsoever. I encourage people to play individually and then get up and play in the group.”

Jeff performs at community centers, the Library Fair in New Paltz and also works on the New Paltz Library’s musical program. For the Gardiner based group and it’s gatherings he gives people sheet music and adds a few songs per week. He has been putting together a song book since the group started. He writes a little bit himself and personally loves tin pan alley songs. As part of the gathering each month he has an open mic portion of the night – 4-5x per evening – encouraging people to perform in front of people.

“In most things I don’t consider myself a leader, but with this I find I have to pay attention and keep people focused. I love being a part of the community and walking into the library.” As I spoke with Jeff, I could see the joy he has for the group and for playing Ukulele – it’s infectious!

For anyone who is interested in exploring being a part of the Ulster County Ukuleleans you can email Jeff at flamingojeff2@yahoo.com. Play on!