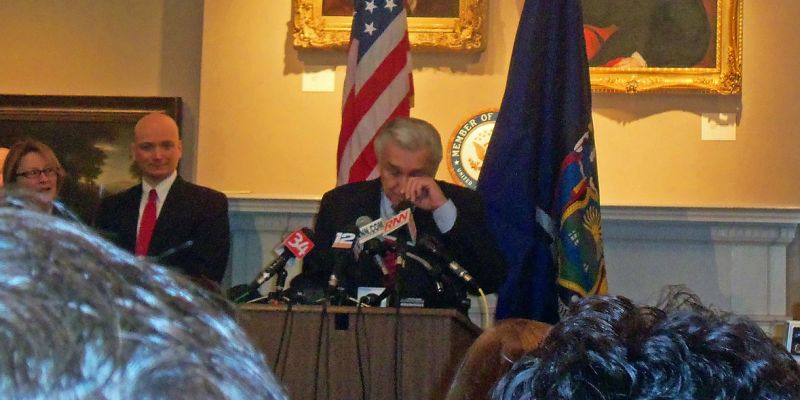 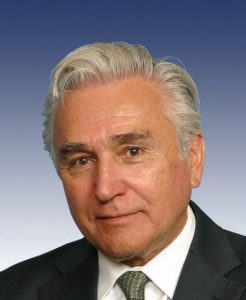 Maurice Hinchey has spent almost 40 years as an unapologetic and successful advocate for issues affecting residents of Gardiner and the Hudson Valley. During an 18-year tenure as New York State Assemblyman and 10 terms as a U.S. Congressman, Hinchey has touched almost every major project that has moved forward in Gardiner, including Majestic Park, the Gardiner Library, the (coming soon!) sidewalks and the saving of the Ridge.

It may be the latter that most firmly cements him in many people’s minds. In early February 2003, 600 people, mostly Gardinerites, gathered in the Wallkill High School auditorium. The event was an informational meeting about a proposed and controversial development on the Shawangunk Ridge. The developers of the Awosting Reserve Project were professional and well-funded. Their presentation described plans for a “conservation community” that would transform 2,660 acres of ridgeline forest into 349 luxury homes with a golf club, a wastewater treatment plant, an exercise center and preserved open space.

By the time Congressman Maurice Hinchey walked to the podium that night the tension in the room was palpable. He came out swinging: “The Shawangunk Ridge is a large part of what defines our region,” he said. “Awosting Reserve touts itself as a sustainable community for families who want to live simply, with a conservation ethic. In reality this is a sprawling, gated, wealthy residence. The effect of this development will ripple through our community and its environmental impacts will be substantial.” Hinchey didn’t have a vote on this project—he had the podium. He had the conviction and authority to deliver a moving speech that motivated and inspired a room full of concerned citizens. His call to action was a stark contrast to the developers and local officials who were asking the audience to keep an open, unemotional mind about the project.  Hinchey received a five-minute standing ovation during which quite a few tears rolled down quite a few faces. The project was decisively stopped by a chain of events set in motion by those citizens, a David vs. Goliath type of story galvanized by the speech of one man.

As a “liberal and progressive” legislator Maurice Hinchey has been particularly noted for his efforts with environmental causes well beyond the saving of the Ridge. In the Hudson Valley, he played a key role in making sure General Electric paid for the removal of PCBs from the Hudson River. He led the effort to organize the non-profit The Solar Energy Consortium (TSCE), which has already created over 600 green energy jobs for our region and put the Hudson Valley on the map as a solar cluster. In 2009, he pushed the Environmental Protection Agency to launch a national study on hydraulic fracturing, a controversial practice of natural gas extraction that the Ulster County Legislature has since banned. His resume also includes the establishment of Sterling Forest, investigating the causes of the Love Canal toxic dumpsite and passing the law that curbed acid rain. A navy vet and a strong advocate for veteran’s issues, Hinchey was also an outspoken critic of President Bush’s invasion of Iraq in 2003.

In January of this year Hinchey announced that, due to health issues, he would be stepping down after completing his term at the end of this year.  As this paper was going to print it was confirmed that, in fact, Hinchey’s seat will soon no longer exist at all. Because the last census showed that New York’s population is growing slower than that of other states, two congressional seats need to be eliminated in 2013. The redrawing of districts happens every 10 years, after completion of each census, and it almost always spurs an intense redistricting battle in Albany.  This time was no exception, and because  Albany politicians did not meet the deadline for decisions this year, a judge has made the final decision to eliminate Hinchey’s seat.

The elimination was an easy solution to a tricky problem. The 22nd congressional district is the classic gerrymandered district. It currently spans eight counties, from the Catskills, to the Hudson River, to Ithaca and Binghamton. One advantage of this redrawing of the district lines is that our next representative will probably have a more cohesive area to represent—the interests of Ithaca and Binghamton do not always match those of the Hudson Valley.

So Hinchey will soon takes his final bow, and Gardiner will soon become part of the 19th Congressional district. Four Democrats and two Republicans had previously announced interest in Hinchey’s seat, but the redistricting has now called all of that into question. Who we’ll have to choose from when we go to the polls this fall is yet to be determined, but keep your fingers crossed that whoever represents Gardiner in the future is half as devoted to its well-being as Maurice Hinchey was.