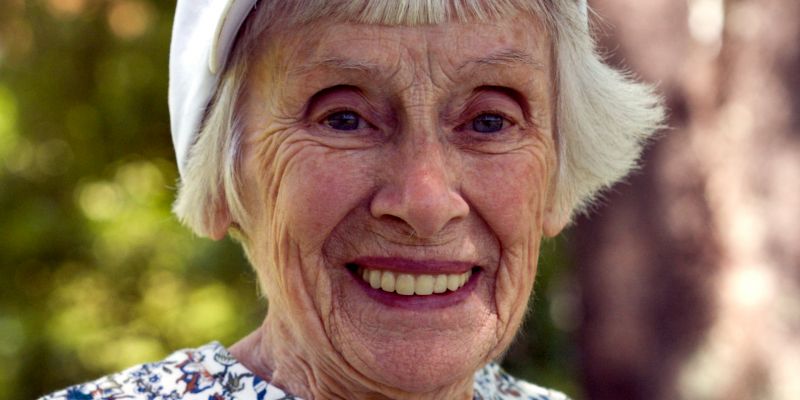 On Friday, July 20th Betty Donahue Moran went to bed for her afternoon nap. There were several books piled on her night table, because she had once been a reading teacher, and had always loved to read. There  was a note pad there too, with a list of things she wanted her children to look up for her, because she was constantly interested in learning.  Betty never woke up from that nap.  She was  94 years old.

If there was ever someone who could claim to be a native of Gardiner it was Betty. Her father was born in Gardiner in 1883. Betty herself was delivered, in 1918, by Gardiner’s only doctor, at her parents’ home on Phillies Bridge Road. She married Jim Moran, who was also born in Gardiner, and they had three children, two of whom still live in Gardiner.

A few years after her birth, Betty’s parents bought a farm on Farmer’s Turnpike near the Hamlet—part of their 60-acre dairy farm is now Majestic Park—and as a child it was Betty’s job to pluck the chickens and weigh the eggs. Over her lifetime Betty watched Gardiner transform from a farm town, where many children did things like that, to what it is today. She lived through the great fire of 1925 that burned much of the Hamlet of Gardiner to the ground, and more than 80 years later, she could relate the details of that event with enough emotional clarity that a brief pantomime of her story, performed by the Hudson River Playback Theater, brought the audience to tears. Betty went to elementary school in the two-room school house that is now the Gardiner Town Hall and, as one of the first women in the area to go to university, attended SUNY New Paltz when it was still called the Normal School.

In 2007, as a bookend to those early days, hers was the first life history published by the Hudson Valley History Project, and she was astonished to hear that anyone, anywhere in the world, would be able to see her picture and read her story on the internet. Betty perfectly summed up the changes she had seen in her lifetime by saying, “I live on a busy road again so I hear everything. I used to know where people were going at 4 o’clock in the morning; they were going to milk the cows. Now I have no idea where people are going at that hour.”

Betty influenced many of our local children. She was an early advocate for remedial reading education and over the course of her career taught in two different one-room schoolhouses; the main school in the hamlet of Wallkill; Ulster BOCES; and Duzine Elementary School.  Childlike herself, she still wore a baseball cap at the age of 88 (and looked good in it, too …).

Betty was vibrant, eager, interested and interesting to the end, and the world will be a slightly less perfect place without her.