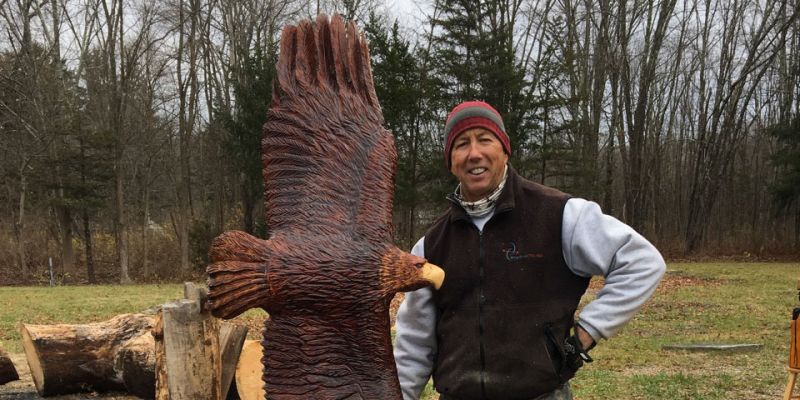 Born into a military family in Seattle, Guy’s father, now a retired Air Force Command Master Sergeant, tried to nudge him into the military. But as a long haired, hippy, rock and roll teenager, Guy would have none of it. Then after “a long party,” Guy realized he had to do something with his life. He joined the Air Force the next day, in 1975. “It was the tail end of the Vietnam War, so we were airlifting people out. I was in the second plane across the drop zone in Granada; served in special ops; flew the French Foreign Legion into Kinshasa; got wounded.  I was in the Panama Invasion that resulted in Manuel Noriega being deposed, and flew in support of Desert Storm and Desert Shield.”

After leaving the service, Guy managed the Gardiner Airport for Joe and Billy Richards for ten years. Since he’s also a qualified helicopter pilot, it’s not surprising that Guy spent his birthday, on September 11, 2001 with Billy Richards in his Aérospatiale Twinstar copter ferrying supplies to Ground Zero.

While working at the airport, Guy got interested in the work of arborists and then, in 2012, he saw the TV series, “Saw Dogs,” about chain saw carvers. So he started carving on trees and stumps he’d cut down. When I visited his shop in April, Guy was working on a large “stump” cut off at about twelve feet high from a tree at Osiris Country Club in Walden. Four thick branches spread upward from this piece and on the stubs of those branches, Guy was fashioning a quartet of owls. When completed, they would be returned to the top of the twelve foot stump at the 150 yard marker on the sixteenth fairway.

Normally, all of Guy’s work is used for the benefit of either the Wounded Warriors Project or Disabled American Veterans. While I was talking to Guy, a couple from Fishkill stopped, admired a piece and asked about buying it. Guy explained, “I usually donate my work for auctions by Wounded Warriors or Disabled Vets, so they get the proceeds. There are certain pluses when your shop is on a main road, what you do is unique and highly visible from that road, and your work benefits someone other than yourself; people see what you’re doing, and some turn around and come back.”

Guy adds, “if you like a piece and make a reasonable offer, I’ll sell it to you when completed. Just write your check to either Wounded Warriors or Disabled Vets.”