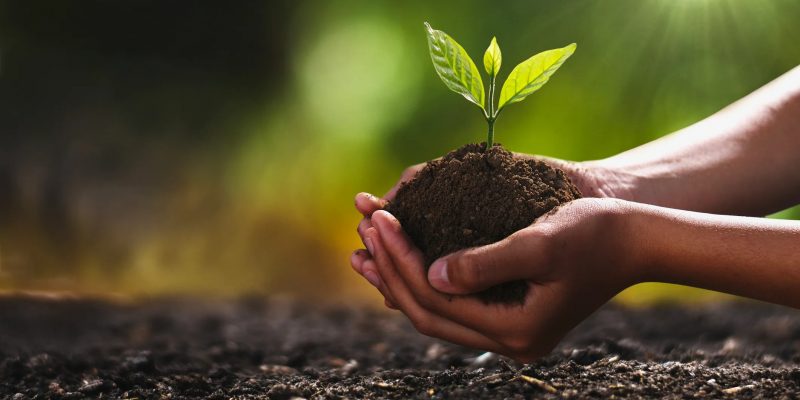 Trees add to the aesthetic quality of our lives and supply multiple benefits besides clean air and oxygen. Gardiner’s first Arbor Day celebration was held on Saturday, April 24th at Majestic Park, and about 75 people attended. Kim Mayer, the organizer, led off the celebration with an acknowledgement of all the people involved in making this event a success and also shared that Climate Smart Gardiner had recently been awarded two different grants that will positively impact Gardiner’s environment: A $1,000 grant from the New York State Urban Forestry Council, which was used to plant five more trees in Majestic Park, and a grant from the DEC’s Trees for Tribs program which supported the planting of 300 new trees along the biking and walking trails behind Steve’s Lane. Kim then passed the microphone to her 9-year-old daughter, Ruby Mayer, who warmed up the crowd with tree-inspired jokes, and ended with “What is a tree’s favorite pet? A tree-antula!” I heard her whisper to a friend who was waiting for her on the sideline, “I made up that one myself!” she said proudly. I think little Ruby may have a future in comedy or storytelling.

Franco Carucci spoke next about the history of Arbor Day and the importance of trees to our environment, and Town Supervisor Marybeth Majestic read a proclamation for the town of Gardiner recognizing Arbor Day and thanking the many people who enthusiastically put it together, especially noting how involved the whole Mayer family had been in all steps of the event. She also introduced some younger members of the Gardiner community: Maggie Ziegler and Ennis Adler have volunteered to serve as “tree stewards,” and Ashlyn Hilderbrand and Sean O’Sullivan each read a nature-inspired poem. Seeing our younger generation involved and speaking on behalf of our environment was particularly inspiring since it is these youngsters that will be the future caretakers of our Earth.

The ceremony was capped by Tim Hunter who played his guitar and sang two songs that he had written called, “Plant a Tree” and “I Pledge Allegiance to the Earth.” One line of the song that Tim sang went, “Plant a tree, plant a tree for you and me, Plant a tree, plant a tree so we can breathe”, and the crowd joined in on the chorus for each. It was a lovely communal moment followed by a demonstration by Matt Elkin from Bloom’s Nursery who gave practical information to the crowd on soil, best time of year for planting, depth, watering, etc. During the demo, a Magnolia tree was planted by Matt. The tree was donated by Holly Shader, a Gardiner resident, in honor of her partner John Wackman, the founder of Repair Cafe Hudson Valley, who recently passed away this winter.

To find out more about Climate Smart Gardiner and environment-related events and activities, contact Jason Mayer at jsmayer@hotmail.com.