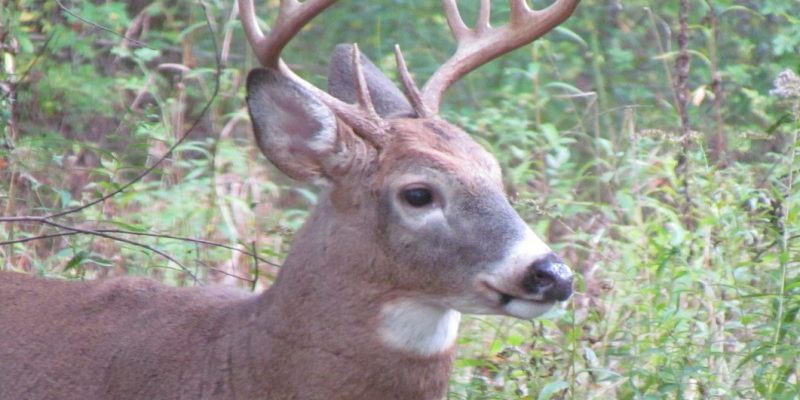 Hunting season is upon us, and multiple gunshots are being heard, a big issue for many in Gardiner. As evidenced by some posts from the Gardiner, NY Facebook page, some people think that hunting deer is inhumane. The reality is that often there are too many deer and not enough food for them. Consequently, many die from starvation. It is widely accepted that it is mankind’s mismanagement that is largely responsible for the explosion in the deer population. Natural predators like wolves, mountain lions, bears,  and coyotes were mostly eradicated causing deer numbers to surge. In addition, the clearcutting of forests is also a factor. When land with a wide variety of tree species is clearcut, more sunlight can reach the forest floor stimulating the growth of oak trees, the acorns of which are an excellent source of food for deer and one of their favorite foods.

Controlled hunting benefits humans by reducing vehicular collisions and the destruction of crops and landscaping. According to the NYS Dept of Transportation website, there is a statewide deer population of approximately 900,000 and there are an estimated 60,000 to 70,000 deer-vehicle collisions that occur in NY each year. Deer, as a group, also benefit from hunting when their population is brought back to a size that actually is sustainable. The surviving deer are healthier because there is enough food to support them.

Many hunters revere the outdoors, enjoy the adrenaline rush of “the hunt” as well as the nutritional and culinary benefits of deer meat. Those who learn to hunt responsibly provide a great service to man as well as beast. Even those who were not brought up in a “hunting family” can learn to do it responsibly. For example, Al Diamond, a Gardiner resident and a local hunter, grew up in New York City where he learned nothing about hunting at all. He moved here to attend SUNY New Paltz and moved into the Hardenburgh/Jenkins Farm, affectionately called “Bog Hollow”. It was there that he became interested in shooting. He and a friend bought rifles and, with permission from the landlord, started target shooting. Next, he took a hunting safety course, researched hunting in magazines, and started hunting on a private game preserve in Gardiner where there is a small herd of deer that occasionally needs culling in order to control the deer population and help preserve the crops. Hunting courses and licenses are managed by The New York State Department of Environmental Conservation (DEC), and their website is a must-see for anyone interested in hunting responsibly and legally.

When asked “What is hunting like?” Al replied that hunting deer is a very solitary occupation that requires one to be very quiet when stalking prey. Deer are very sensitive to threats, and their sense of smell and hearing are acute. They have poor eyesight but are keenly aware of motion. Bucks are the hardest to hunt but the antlers are seen as a prize by many hunters. However, it is the doe that needs to be culled, as they reproduce annually, usually bearing about two offspring each season in May. Hunting with a rifle means that you can shoot a deer from a fair distance, such as a hundred yards away or even further, provided that you have a clear shot, which can be hard in the woods. Hunters should use rifles of at least .25 caliber, though .30 caliber is the most favored. Some use .22 caliber rifles, but they really don’t have the power to kill a deer cleanly.

Another hunter, Ken Fredericks who has been a deer hunter for more than 30 years, cautioned, “Hunters must bear in mind that rifle bullets can go very long distances—more than a mile—and still be lethal, so one has to be alert to where a shot could end up. Shotguns with slugs can also be used, and they have the advantage of not being lethal at long ranges. Hunters must make sure they know what is behind their intended target whether using a gun or a bow and arrow,”  For more info on hunting safety, visit eregulations.com/newyork/hunting/the-10-commandments-of-firearm-safety.

Bow hunting, hunting with a bow and arrow, is less popular because the hunter has to be much nearer—not more than 40 yards away, as the energy of arrows in flight dissipates quickly. Furthermore, the target area for a kill is more limited too, as there are too many bones that can deflect the arrow. Once the deer has been shot, it is recommended to wait 30 minutes before tracking it. If approached before then, an injured deer could be spooked and run making it more difficult to track. When the deer is found, hunters will “field dress” the deer. This involves slicing the deer open, removing the organs which could otherwise rot and destroy the meat. It also makes the deer easier to move.

Whether one chooses to hunt or not, there is a great deal of information available online. For information about licenses go to dec.ny.gov/permits/6094.html and for hunting dates go to www.dec.ny.gov/outdoor/28605.html.