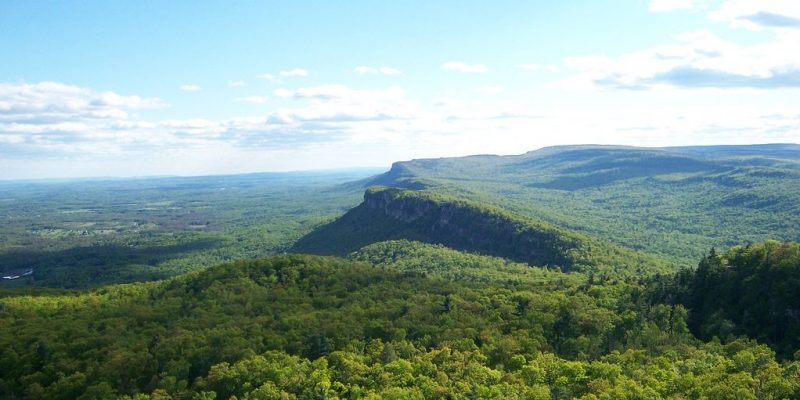 Once Again, The Ridge Threatened?

Once upon a time, the Gardiner community rose against what was seen as an ecological tragedy in the making in the form of the unsanctioned and inadvisable real estate development of the Shawangunk Ridge. In response to the perceived threat, the Save The Ridge organization was born. “SAVE THE RIDGE ” signs were literally everywhere. Fundraisers raised money to support their legal team’s efforts to stop the proposed development plan that a local landowner and self-described environmentalist, John Bradley, and his business partners had devised. After some court battles, a judge ruled that the land should be sold to the State of NY. In March 2006, the 2,500-acre tract of wilderness along the Shawangunk Ridge in Ulster County was acquired by the state for $17-million and incorporated it into the adjoining Minnewaska State Park Preserve. The Bradley family retained a large section of adjoining property, which has been re-branded from the Awosting Reserve to what is now called the Awosting Club.

This above-described event was extremely traumatizing to many Gardiner residents which has set up a certain sensitivity—some say an oversensitivity—and vigilance, to make sure that the Ridge and its surrounding land and waterways are never threatened again. Over the past year, however, other storms have been brewing around the ridge, and one of which concerns the Bradley family’s Awosting Club, which has Camilla Bradley, John’s daughter, at the helm. Is it a big development plan like her father envisioned? No. Are there environmental, code, and building permit concerns? Yes.

Camilla Bradley is also a self-described environmentalist like her father who, for some time, has been in the process of revamping the old Girl Scouts Camp on their property into a family-friendly, glamping club with an environmental and educational mission. Over the past year or so, the Awosting Club has built decks and erected geodesic domes and outhouses without ever submitting a site plan or building permit application, although the town’s building department requested these on at least two occasions. Apparent on photos taken of the property from the Minnewaska side of the Palmaghatt Kill, which feeds Tillson Lake and other waterways, a few of these structures appear much closer to the kill than code allows. Note that years ago, there was a time when landowners could do whatever they wanted with their own land as long as no one knew about it, but according to the Town of Gardiner code relevant to these designated SP2 & SP3 areas, there are activities which are only allowed “with consent.”

Ms. Bradley was contacted by email and phone for this article. She requested interview questions be emailed. In question 6, I asked, “In other words, although you stated that “no sewage is leeching” from the outhouses, do you have a report to that fact that you can provide? If you do not have such a report, have you sought any special permit (consent) from the town for the work that is being done in updating/expanding the recreational outdoor facilities on your property, or requested any environmental assessment from the DOH or other entity to determine if sewage is leaching into the Palmaghatt Kill?” Ms. Bradley answered, “Any assessments required I am attending to. The DEC made a visit to the property and confirmed there was no issue. In reaching out to them, I don’t believe a report was filed.” So, there is no report, and the ECC contends that when the DEC visited, there was so much snow they said that they were unable to make a full assessment and would need to return. In answer to another question, Ms. Bradley also stated, “Everything that is required is being done. Things take time. Those concerned should take into account that it takes professionals to help with various requirements, which means I am subject to their timelines.” And in answer to the following question, “Do you care at all to negotiate a resolution with neighbors and local environmental advocates or are you perhaps thinking this issue will somehow go away?”, she answered, “I absolutely welcome an opportunity to talk to my neighbors and environmental advocates as it seems that lack of knowledge has led to a lot of concern. I have also been in touch with the ECC in particular, as they have publicly voiced concerns, to invite them to the property, but they declined.”

Michael Hartner, Chairman of the ECC, acknowledged that the ECC was invited by Ms. Bradley, and that her invitation was discussed at their July 21, 2021 meeting and that they had replied to her, “The ECC’s role in the permit-granting process, however, exists only upon referral from the Planning Board (See Town Code Section 220-16 (2) (b) at ecode360.com/9151593). It would be unproductive for such a visit to be conducted prior to the filing of the required applications of which you were reportedly notified in June 2020, and again in April of this year. We would be happy to accept your invitation for a site visit upon referral from the Planning Board, after the required Site Plan and Campground License applications have been filed.”

I asked Mr. Hartner, “Are all property owners treated equally in Gardiner when it comes to “playing by the rules?” He declined to answer, but did say that, “…the ECC is at a loss to understand why, after approximately 22 months of a property owner failing to comply with permitting regulations, failing to comply with two, 30-day, deadlines and one 15-day deadline, that the Town has decided the best course of action is to simply stop asking for the major component of what the resident is refusing to provide, despite Code requirements to the contrary.”

Undoubtedly, more will be revealed that will answer key questions as time goes on. Observing this and other recent matters related to the preservation of “the Ridge” leaves one feeling that without equal investigation and active enforcement of the town codes, residents are left, once again, feeling extremely nervous about the future of it, which is also evident in the recent bruhaha developing around the installation of a cell tower on S. Mountain Rd. (See “Cell Tower Update” in the Civic News article).