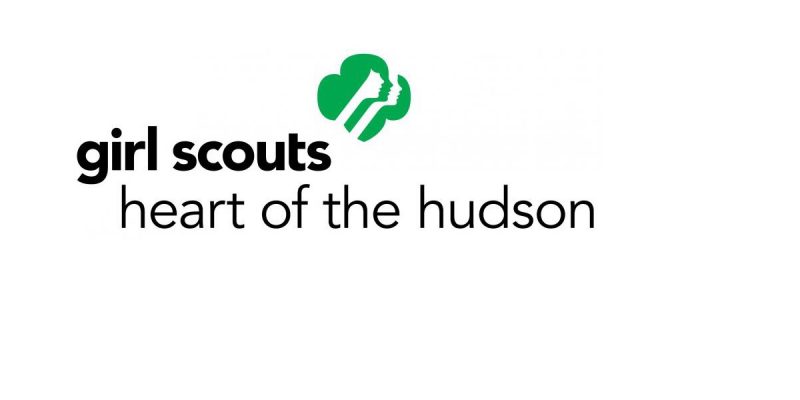 A Girl Scout’s Journey to the Gold 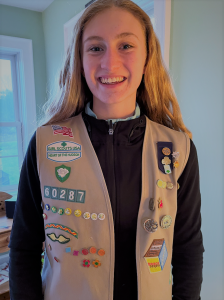 Many young women across the United States see becoming a Girl Scout as a fun and productive pastime that gives them valuable skills and unforgettable experiences. For Gardiner resident Andie Psilopoulos, she turned it into a life-changing opportunity through her Gold Award project that will help her change the world long after she has left her troop.

Andie has been involved in Girl Scouts since kindergarten, starting as a Daisy, the first level of the program. Her mother, Karen, founded her troop, number 60287, and has followed her daughter as she got older and moved up the ranks.

Each Girl Scout level coincides with age; the girls move up as they get older. Starting with the Daisy class, it progresses into Brownies, Juniors, Cadettes, Seniors, and Ambassadors. At 16 years old, Andie falls into the Ambassador class.

The Gold Award, eligible to Seniors or Ambassadors, is the highest award a Scout can earn. According to the Girl Scout website, the steps include first identifying an issue, investigating it, building a team, creating a plan, and putting it into action.

Andie thought of her project a few years ago during a spring break trip to Arizona as she was visiting their state parks. She was inspired by the parks’ junior ranger program, which invites children to learn and protect nature. After reaching out to several national parks and even the National Park Service’s headquarters in Washington, D.C., she immediately got to work to reach the 80 hours of service required to get the Gold.

To mirror the ideals of the ranger program, Andie put together a book called the “Junior Historian Program” for children to use. The copies are filled with word searches, bingo games, drawing prompts, and other activities that go along with exhibits at the national parks. Once the children are done filling out the book, they get a pin.

Because of Andie’s busy extracurricular schedule during the school year — she is on Wallkill Senior High School’s cross country, swim, and Nordic ski teams — she completed most of her Gold Award work during the past summer.

“It’s exciting because it’s a lot of work,” she said regarding completing the project. “I spent so much time just making the book and trying to organize it right and doing all the designs. It was a lot of back and forth with the parks and trying to make everything perfect, like the grammar and the pictures.”

Andie has thought about becoming a teacher when she grows up, and thinks that making this book, with its educational purpose, has helped her in that process. When asked if she had anything to say to a young girl thinking about joining the Scouts, she said, “Definitely do it. I’ve met so many people who are now some of my closest friends through it, and I’ve got to travel to so many places that I probably wouldn’t have seen if I wasn’t a Girl Scout, so I definitely think it’s a good experience.”

If your daughter is interested in joining Girl Scouts, go to https://www.girlscoutshh.org/ for more information about troops in the Hudson Valley. You can help support Andie by contributing to her magazine and nut and cookie fundraisers at https://bit.ly/AndiesGSStore. Her goal is to sell at least 15 magazines and 80 food items to help her troop go camping, participate in community work and earn more Gold Awards.