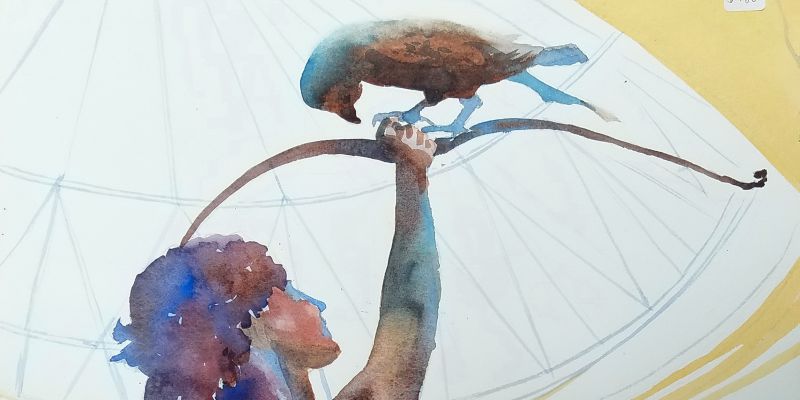 Jim Adair: A Winemaker Turns to Art of a Different Kind 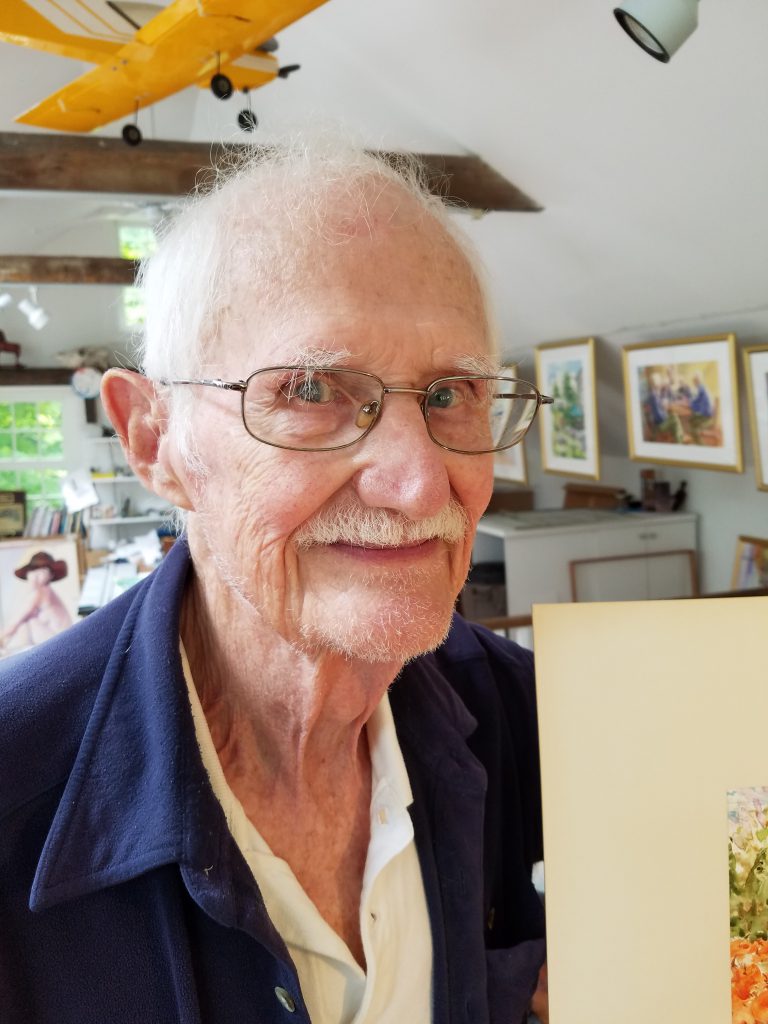 Jim Adair is tall and lanky, and he stands erect. He gets out of a low chair without difficulty. He’s 91. His current avocation is painting watercolors, which he has been doing for 15 years.

Before that, he owned Adair Vineyards, growing grapes and making wine—mostly Marechal Foch and Seyval Blanc. He bought the property in 1985, never before having grown grapes or made wine on a scale larger than about a full bathtub. Before that, he lived in a Brooklyn townhouse and worked in the city as a designer for an ad agency. It was while working for the agency that he took a drawing course at Parsons School of Design; he was trained as an industrial designer and had never done anything like that before.

The vineyard was sold when the work became too much for him and his wife, Gloria, and Jim became a watercolorist, with some guidance from two watercolor instructors.

He created an art studio in an old stone barn on his property, named Red Pump Studio Art Gallery, and nearly all of his hundreds of watercolors are there, some framed under glass, but most stacked on the floor. He always works from photographs that he takes himself using an old-fashioned Nikon film camera and using regular watercolor paper. He recently experimented with a new support called Yupo, which is a type of plastic film. However, he doesn’t much care for it because the paint sits on the surface rather than being absorbed, and the result is not the same. 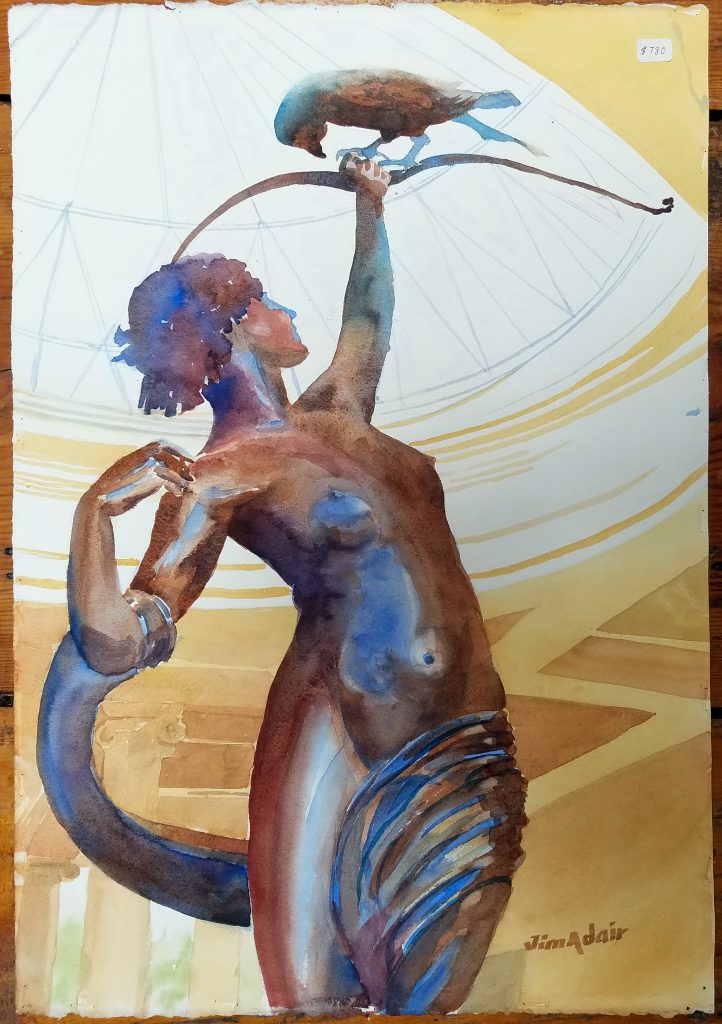 Jim is a member of the North East Watercolor Society (originally the Orange County Watercolor Society) and exhibits yearly at the Annual International Exhibition for the North East Watercolor Show (NEWS) in Kent, Connecticut. He has sold a number of his works, which fetch between $750 and $1,400 each, depending on size. Among his subjects are a “clone series” of paintings in which he depicts a sitter multiple times. One depicts two men in conversation before a fireplace, a portrait over the mantle. Between them is a bottle of wine labelled Adair Millot. Each has a glass of red wine from that bottle. Actually, both the conversing men and the portrait are of Jim Adair—hence a “clone” painting. He’s done others, including one of a good friend and another of a nude model depicted multiple times in the same picture.

Jim’s wit can be subtle, as in one painting depicting a sculpture that is in a rotunda of the Los Angeles County Museum of Art; a female nude holding high a bow—perhaps the hunt goddess, Diana—but perched on the bow is a bird (a parrot?), placed there by Adair—an amusing touch of whimsy. Usually, however, he prefers landscapes. A particularly attractive image shows the French Church and the Crispell Cemetery on Huguenot Street.

Jim’s painting has slowed down a bit in recent years, as he is now taking care of Gloria, who is unwell. But he remains spry and is a pleasure to converse with.