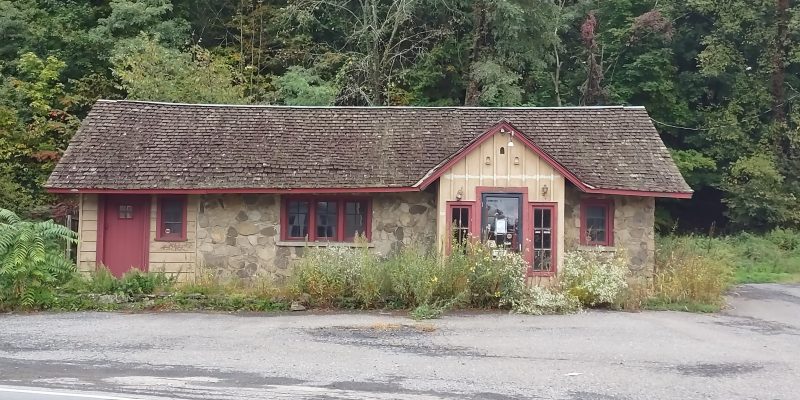 On Wednesday, September 29th, at a meeting of the New York State Liquor Authority, a liquor license application submitted by Mohonk Wine and Liquor LLC was approved. This corporation is affiliated with the Mobil gas station, and according to their application they are planning a 2500 square foot liquor megastore at the Ireland Corners location, on the site of the old Grandpa’s Antiques on the corner of 44/55 and Route 208 (592-596 Route NY-208, Gardiner, NY) which has been derelict for some time.

Two businesses and one private citizen formerly protested this application for the liquor license in hopes of blocking or delaying approval. The private citizen, Lillian Thiemann, who is a Gardiner resident, filed her protest arguing that the Town of Gardiner, which only has approximately 6,000 residents, already has access to 17 stores in which to buy liquor within 10 miles of Ireland Corners. A new, 2500sq’, liquor store will adversely affect the locally owned distilleries, the village wine and spirits shop, as well as the many farm stands in Gardiner, which as a result of the hard work of many advocates, now also sell the New York made local wines and spirits from local agricultural producers. Lillian Thiemann offered the following comment, The approval was disappointing, but is not necessarily the end of the story. There are many things Gardiner needs, and in my opinion, another liquor store isn’t one of them. I posted the info on the Gardiner, NY Facebook page with the hopes that residents will weigh in with their ideas and opinions, once informed about the issue.” To join the discussion, go to facebook.com/groups/185251975716.