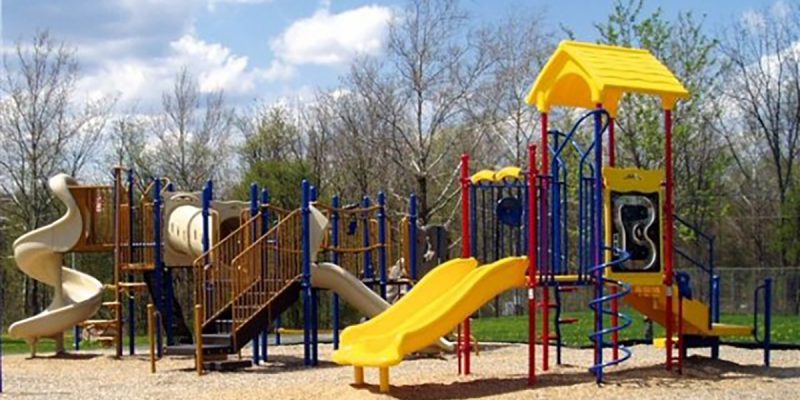 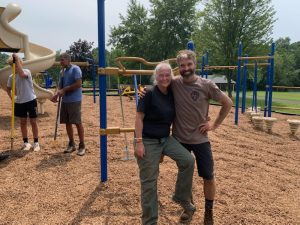 On a sunny Saturday morning in August, volunteers armed with sunscreen, rakes, and wheelbarrows gathered at Majestic Park Playground. The group included Gardinerites of all ages, who have all enjoyed the Playground over the years.

Playground mulch, made from ground-up hardwood logs, provides a soft, natural landing surface for tumbling children and breaks down more slowly than garden mulch.  An annual refresher keeps it bouncy, level, and weed-free.

Progress was slow; even after many wheelbarrows were filled and emptied. The mulch pile was still enormous.  To everyone’s relief, Mike Benevento soon arrived with a Bobcat skid-steer from Hudson Valley Trailworks to help speed things along.  After three plus hours of coordinated effort, the group was covered in sawdust and sweat, and the playground was covered in a fresh layer of mulch.

To get involved with Gardiner Parks & Recreation, stop by (or Zoom) one of their monthly meetings, or email ParksRec.tog@gmail.com.