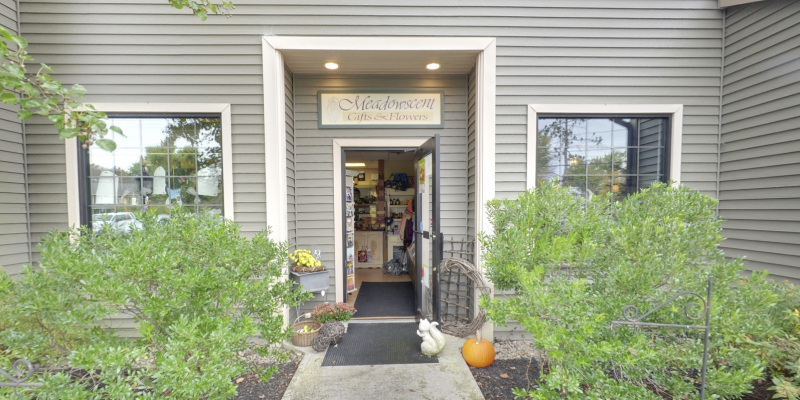 Meadowscent – Just Some Pretty Flowers – NOT! 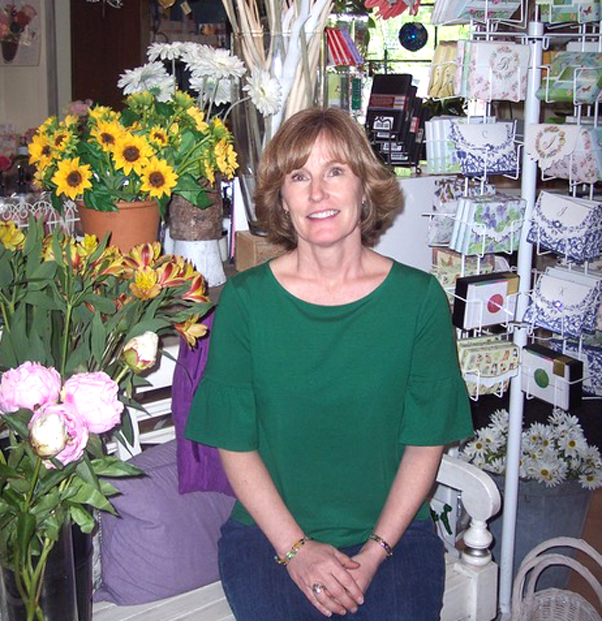 Can there be any other Gardiner residents who have yet to explore the stores in the Gardiner Gables Plaza? If so, you have a treat waiting for you at Meadowscent Gifts and Flowers. I was surprised and delighted to discover a space overflowing with not only beautiful flowers, but also lovely and unusual gifts, ranging from specialty chocolates to beautifully handcrafted floral jewelry to delicate shell wind chimes. You can top it all off with a lovely card as well.

As owner Theresa Colucci explained her business, now in its 20th year at this location, it became clear that the florist business is complex and demanding. Theresa began by saying that she has “always, ALWAYS loved flowers.” She intended to major in floriculture in college but life led elsewhere, until an eventual job in a florist shop brought her back to her first love. She opened her own shop, in Wallkill, in 1987.

Until then, Theresa’s floral training was mostly on the job, but once in her own shop, she wondered how to advance her knowledge. Research led her to the American Institute of Floral Designers (AIFD), an organization that strives to advance the field of floral design through educational symposia held annually throughout the U.S.

Theresa continues attending these events, now including her employees in the valuable training. In 2006, she was inducted into AIFD after passing tests assessing her botanical and horticultural knowledge, along with her knowledge of, and creativity in the principles of floral design.

This membership changed her professional life—“It just opened up a world of doors for me” she said. Theresa has taught floral design at the New York Botanical Garden and at SUNY Cobleskill where she formed a student branch of the AIFD which she took to national competition level. Annually since 2010, she has designed a display at the prestigious Philadelphia Flower Show, where Theresa has received top honors several times and served as chairperson one year. Her most exciting job was a gig at the Obama White House, were her team provided floral arrangements for three White House state dinners. Although she did not get to speak to the Obamas, she noted that they both loved flowers; when asked what he would miss most about the White House, President Obama said he believed it would be “the fresh flowers”!

Theresa’s summer business is largely focused on weddings, for both local and NYC couples. In addition, the shop specializes in arrangements for events like parties, showers and business meetings. She sources many of her gift items from local artisans, and in the summer, gets many of her flowers from local growers. If all this makes your green thumb tingle, you will be happy to know that Theresa teaches locally. This summer she is offering monthly seminars at her daughter’s new B&B on Phillies Bridge Road (watergrasshillny.com for details). Meadowscent is open M-F 9:30-5:30 and Sat til 3:30.)

Get in there and smell the roses! Or order online at meadowscent.com.