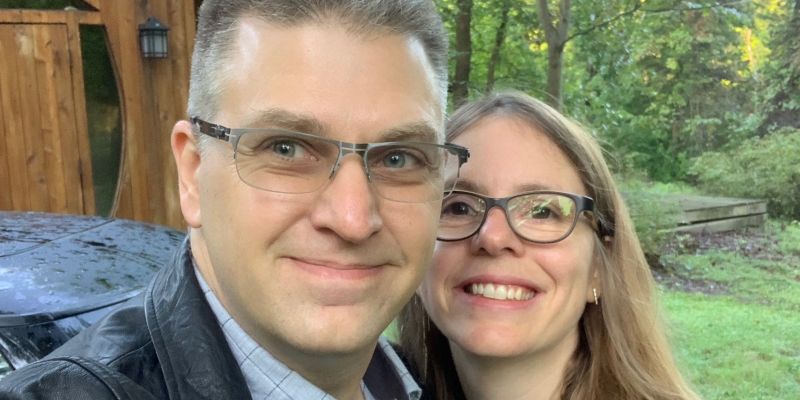 Gardiner and the surrounding area are home to an amazing group of creative individuals. Two of them being GRAMMY nominated composer, Anna Clyne and GRAMMY winning sound engineer, Jody Elff. Both are music industry veterans who met while working for “Bang on a Can”—a one-day New York based marathon concert that evolved into a multi-faceted performing arts organization. They have called Gardiner home for many years. After living in New York City, the Hudson Valley afforded a welcome return to nature and the space to create in contrast to the lively, but relatively cramped life of the city. And it’s the community, natural beauty, and access to outdoor and culinary opportunities that keep them enjoying their life here.

A native of London, Anna, is a GRAMMY-nominated composer of acoustic and electro-acoustic music. This past Fall Mythologies, was released, a portrait album featuring her work recorded live by the BBC Symphony Orchestra. Anna has served as composer-in-residence for the Chicago Symphony Orchestra, Baltimore Symphony Orchestra, L’Orchestre national d’Île-de-France, and Berkeley Symphony. She is currently the Scottish Chamber Orchestra’s Associate Composer through the 2021-2022 season and a mentor composer for Orchestra of St Luke’s DeGaetano Composer Institute.

On a recent spring afternoon, I had the opportunity to chat with them about their move upstate, what they love about the area, and what life has been like working during the pandemic.

Jody found this particular area of the Hudson Valley in 2008 and a few years ago he coaxed Anna to move up. When discussing where they were prior and what made them move upstate, Jody noted, “When I was making the move up here I didn’t know anything about the Hudson Valley or New Paltz and the surrounding area. I knew it was time to leave the city and I really loved where I grew up and wanted something similar to that. I really enjoy skiing and one day just had this revelation that if I am trying to improve my quality of life, I should be closer to where I can ski and do these activities. I opened up a physical map and the area was right in the middle. I found the town really charming.” “I moved up here a couple of years ago, it was a big shift after spending many years in Brooklyn bouncing around. One of the big draws for me is having some space and the natural beauty. It’s wonderful when you are doing something solitary to have space around you. The nature that you are surrounded by is beautiful and you have a warm community of people and lots of great artists”.  Anna added, “It’s also a stone’s throw from the city”.

Working in the pandemic produced both unique challenges and silver linings. Jody has been doing real-time broadcast mixing all over the country, and recording sessions from home, and Anna has been working on several projects while also doing mentoring programs, teaching online, and attending remote rehearsals.

Being upstate has not only helped their creative process, it has also inspired them to find new hobbies. They both learned archery during the pandemic and have also been able to spend a lot of time working on their home. When asked for their pick for “favorite Gardiner restaurant”, they agreed that Café Mio is their favorite brunch spot, so if you run into them there, why not greet them with a happy, “Welcome neighbors!”

If you want to learn more about the great work that both Anna and Jody are doing you can visit  annaclyne.com and elff.net.