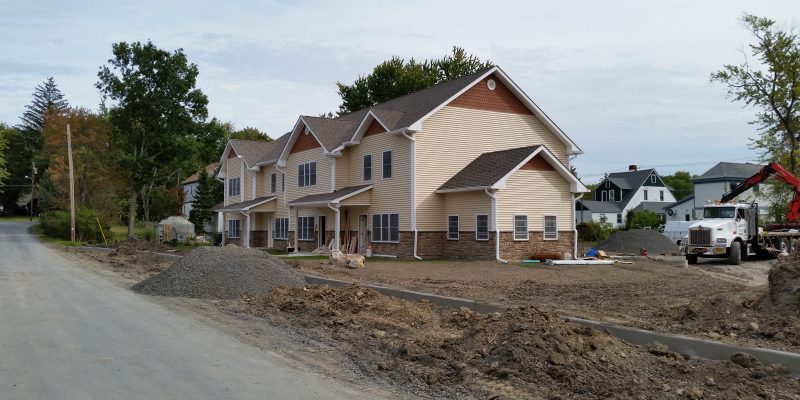 You might have noticed another building going up on Milk Street in the Hamlet. Its two new handicapped-accessible apartments 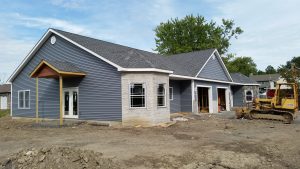 (at right), built by long-time Gardiner resident Mario Milano.  Both apartments will be ready for occupancy by the end of October and one is already rented. Across the street, the new building we reported on in the spring issue of The Gazette (inset, above left, built by Mario’s cousin Sal Acompora) houses four apartments. All those have also been rented, with occupancy scheduled for the first week of October. “There’s obviously a need for this kind of housing,” Milano says. “People get older or have some physical issues and sometimes they don’t want the hassle of a house on a piece of land anymore.” The second building in Acompora’s project, a series of retail shops facing Second Street, has had its foundation poured but has not yet begun construction.