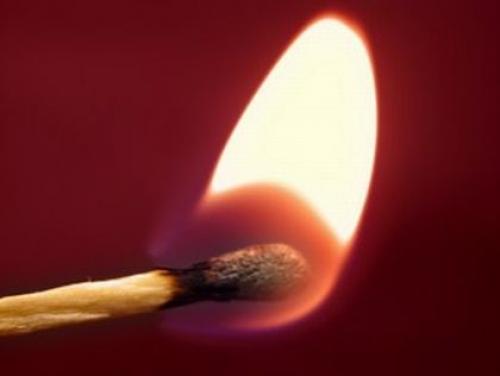 In talking with neighbors and friends over the years there seemed to be a lot of confusion about the New York State burn ban that is in effect every year. This conversation with De-partment of Environmental Conservation Information Offi-cer Wendy Rosenbach  will hopefully clear things up …

CO: So, the burn ban usually starts on March 15 and ends on May 15th, just as we’re coming out of the wet season of spring and heading into a hot dry summer. What’s up with that? It seems backwards.

WR:  I know it doesn’t sound logical, but the fact is, those months when the burn ban is in effect are the months when we have the highest incidence of forest fires. Some of it is environmental—the trees have no leaves during that period so there is less moisture in the forests—and some of it is that people don’t usually do yard cleanup in the summer; they typically do that in the spring and fall. Whatever the reasons, we can’t argue with the fact that  a burn ban in effect over those months  has definitely cut down on the number of fires— we’ve seen a 60% reduction since the burn ban went into effect in 2010.

CO:   It’s a ban on “open burning.”  What exactly does open burning mean?  Does it include camp fires and things like that?

WR: Open burning is the outdoor burning of vegetative yard waste. In towns like Gardiner, with a total population under 20,000, open burning also includes brush, which is defined as tree limbs with attached leaves where the limbs are less than six inches in diameter and eight feet in length. So those are the things you cannot burn until the burn ban is lifted for the year.  The burn ban does NOT include campfires less than three feet in height and four feet in diameter, small cooking fires or celebratory bonfires—all with the understanding that these fires cannot be left unattended, must be fully extinguished and that only charcoal or clean, untreated or unpainted wood can be burned.  In fact, campfires are not regulated by the DEC, although the DEC can prohibit them on state lands if absolutely necessary during periods of very high fire danger.

CO: Umm… really, how do you distinguish between a pile of brush that has to be gotten rid of and a ceremonial bonfire? Does that mean as long as you have a few people standing around with a beer it’s ok?

WR: Any police officer responding to a complaint can usually readily identify what is a fire for the purposes of getting rid of debris versus a true “celebratory” or campfire.

CO:  Are the dates of the ban always the same?

WR: Last year weather conditions were so dry the burn ban was extended into October. Conditions were extreme and extreme measures were needed.

CO: Aren’t there some things we can never burn in NY State, even when there is no burn ban?

WR: Yes, absolutely. Only brushy material is allowed to be burned. It’s illegal to burn paper, leaves and household garbage—which releases dangerous compounds into the air—anywhere in the state at any time. We recommend composting leaves, recycling appropriate materials such as newspaper, paper, glass and plastic and having the rest or your garbage picked up by a waste company or taken to the transfer station.

CO:  Thanks for your help with this.

WR: you’re welcome.  If anyone wants more information they can go to http://www.dec.ny.gov.