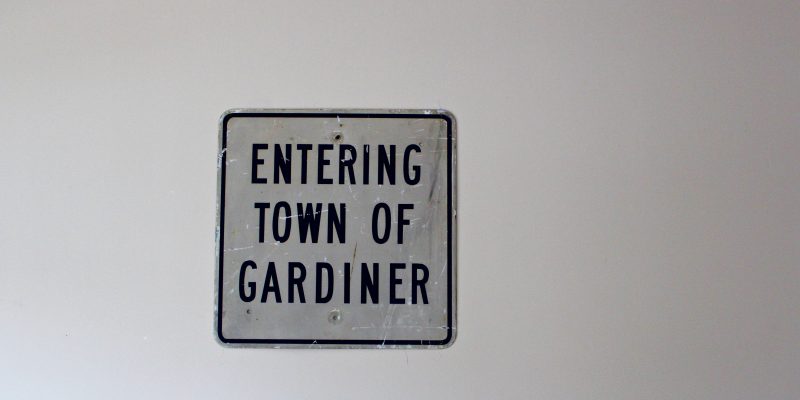 Gardiner is anything but just another small town. It’s a heartbeat of the Hudson Valley. A burgeoning mecca of craft food and spirits.

But blink, and you might miss it speeding past.

I lived in the town next door and somehow Gardiner escaped me for years. I was just a transplant from the city, another “came up here for college and decided to stay” story. New Paltz was the only world I knew north of the Tappan Zee. The numbers 44 and 55 meant nothing to me, even when crammed together as 44/55. When I was invited to interview for a job at a new bar opening in Gardiner, I remember asking, “Where’s Gardiner?”

It’s been almost 18 months now, behind that bar, in the heart of town. I’ll admit, at first I wasn’t sure we’d connect, Gardiner and I. I was used to working Irish pubs and college bars with kids just barely old enough to drink; in New Paltz, you could always count on a replenishing supply of students to sell your pints of Bud-Light to.

Gardiner’s different, more of a slow burn. Once the Mercantile (that bar …) was up and running, we took a different approach to advertising, something like starting a very well-crafted but extremely small fire and waiting for people’s curiosity to get them up the steps and to the door for a quick peek inside; see the great big plow we have hanging from our tall ceiling.

My first several encounters with residents of Gardiner were people who came in past our retail shop at the front of the house, through the swinging doors into the farm bar, just to complain that there weren’t enough signs outside telling them who we were. One woman even yelled at us. She actually yelled at us.

It was going to take me some time to acclimate; a new town with new people and a new way of doing things.  Gardiner is not for the impatient. Craft takes time, all around, in all manners, and on all occasions.

Gardiner’s not for the absent-minded or the apathetic. They will blink and drive on by.  Gardiner’s a taste to be savored, experienced. You can literally fall right out of her big open skies and land safely on the ground, not a scratch on you.  It’s true. I’ve done it. I’ve watched others do it from the front porch of the Mercantile.

In the end, it wasn’t the Hudson whiskey that sold me, or the Whitecliff wines, Kettleborough Ciders, Yard Owl beer, Lenny’s liquor store, Café Mio, Pasquale’s Pizza, Tuthillhouse, Village Market, or even the Gunks.

In the end, what sold me was the people. Yes, really. A good night for us behind the bar is a night when we get to meet a new personality, some kind of artist, some kind of entrepreneur, characters, visionaries at every turn.  Even people who yell at us.

You all know who you are. Gardiner is absolutely full of them.