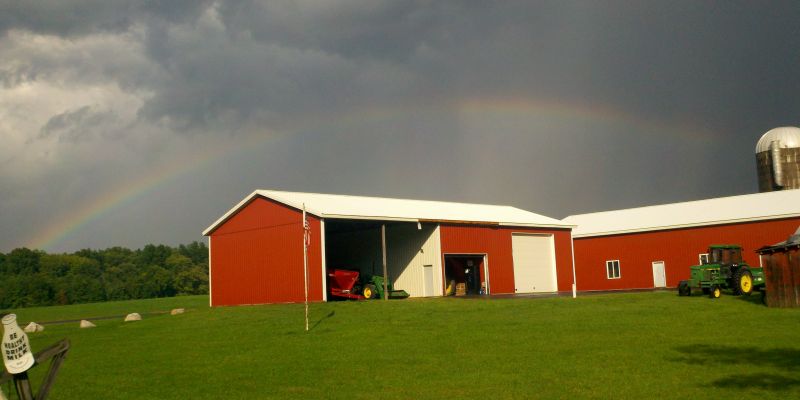 At a January ceremony, the Town of Gardiner handed the Open Space Institute a check for $50,000—payment in full on the Town’s commitment to assist OSI in purchasing the development rights to Marty and Thelma Kiernan’s 132-acre cattle farm on Bruynswick Road in Gardiner. Six months previously the Gardiner Town Board had committed to the amount, but stipulated that it should be raised privately to spare local taxpayers an increase.

A nucleus of six people, including myself, materialized to do the fundraising. OSI had allowed up to three years to raise the money, but the committee agreed unanimously to raise the full $50,000 by year-end 2010, when the closing was scheduled. Despite numerous phone calls, emails, letters  and one-on-one meetings, by early December it seemed clear we’d be lucky to have $25,000 by the end of 2010. Ironically, it was a significant donation from the Gackstatter Foundation—in Connecticut—that gave the effort a second wind. A total of just over $50,000 was ultimately collected, from change and bills put in collection cans left with local businesses, and via checks ranging from $10 to $2,500.

Checks were sent by 229 donors from 144 households, including 21 households with one residence in Gardiner and another elsewhere, and 27 households based exclusively elsewhere. Perhaps encouraged by the Kiernan Farm success, in January, the Town Board voted unanimously to authorize our Open Space Commission to apply for another Federal Farmland Protection grant to help fund purchase of the development rights to the Hess Farm.

This 75-acre farm is on Sand Hill Road at Marabac Road and adjoins Tantillo’s Farm, which fronts on Route 208. Early indications are that the value of development rights may exceed the original estimates.  The federal grant would normally be for half the appraised cost of the development rights, and would require matching funds to cover the other half. The Town Board’s authorization to apply for the grant did not approve use of Town money, so if the application is successful and a federal grant is awarded, the Town and the Open Space Commission will again need to assemble the matching funds required by the grant.

The Open Space Institute has indicated it would give serious consideration to providing half of the matching funds. There are also indications that other support might come from the Ulster County Open Space and Recreation Fund and the Gackstatter Foundation. The Open Space Commission will also be using a new, searchable database of grant-making organizations, recently made available at the Kingston and Poughkeepsie public libraries, to develop additional funding partners.