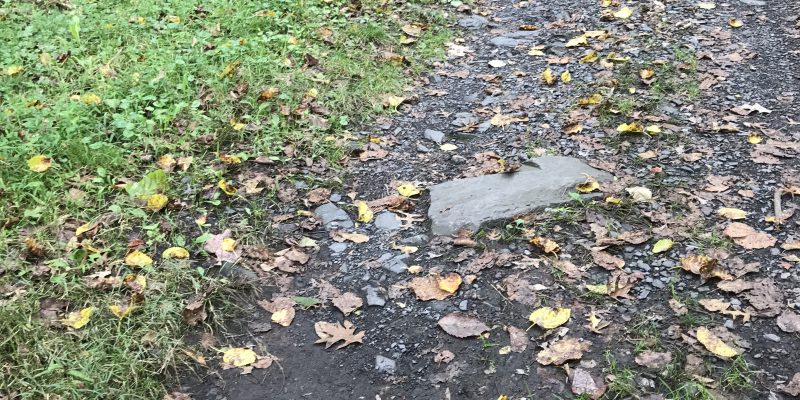 Good news is hovering over Gardiner. Potential funding for improvements to sections of the Wallkill Valley Rail Trail in Gardiner has been proposed by County Executive Pat Ryan and is being debated in the Legislature. If the proposal succeeds, the resurfacing (NOT REPAVING) now to be seen on the Trail’s northern sections may soon extend to the portion stretching from Sojourner Truth Park in New Paltz to Main Street in Gardiner. The hope is to use some of the Federal funding allocated to Ulster County from the American Rescue Plan Act to restore the badly deteriorated stretches of the trail in southern New Paltz and Gardiner and elsewhere in Ulster County.

For Gardinerites living east of the Wallkill (and even some who cross over from the west), the Rail Trail has long proved a major recreational amenity.  From its days as a gleam in the eyes of Kitty Brown and the late Dan Gunther, the struggle to bring the trail to reality was long and hard and opposed by some. But folks who perceived it as an intrusion and feared its impact on their property values have come around to seeing its proximity as a plus. Now the rebukes have largely centered on its poor condition, especially in comparison to the sections running through New Paltz and north. The unkempt and uneven grass/dirt/shale/rock surface of the Gardiner section has evoked complaints from the many walkers and cyclists who use it every week, most notably during the pandemic when it has provided opportunities for outdoor recreation at a time when few other safe options were available, especially for kids.

The fragmented ownership of the trail has contributed to the diverse conditions over its length, which runs along the right-of-way of the old Wallkill Valley Railroad (WVRR). Begun in 1866, the WVRR eventually connected the Erie Railroad terminal in Orange County to the West Shore Railroad in Kingston and served both passengers and freight. It carried agricultural produce as well as milk and cream from the many dairy farms along the route to markets in NYC; local accounts also relate how Gardinerites would hop a train at one of the numerous stations to get to New Paltz.

When Conrail discontinued the lingering freight line in 1977, the corporation offered discrete chunks of its right-of-way for sale. Eventually, in 1991, the Wallkill Valley Land Trust (with a bridge loan from the Trust for Public Land) stepped in to purchase the chunk lying in Gardiner and New Paltz and immediately resold sections to the Town and Village of New Paltz.  It was not until 2007 that Gardiner finally purchased its segment from the Land Trust.  Much later, with aid from the Open Space Institute (OSI), a non-profit devoted to land preservation, the Land Trust acquired the section of the trail running through Rosendale (including the iconic Rosendale Trestle) and the Town of Ulster.  The restoration of these northernmost sections, still owned by the Trust, has benefited from various sources of public and private funding, orchestrated in large part through OSI.

Now, as much of the New Paltz section also undergoes major improvements through the Empire State Trail system, it has left the lower New Paltz and Gardiner sections feeling a bit like stepchildren.

Fortunately, our local County Legislator Tracey Bartels is on the case. A strong supporter of trails, who spoke to me at length about the legislative process and her long-term goals for these vital links, she notes that they contribute heavily to public health and are a boon to the local economy.  Bartels is working to see the funding for Gardiner’s section realized but also looks to the future, seeing the long-envisioned extension of the trail to Shawangunk, through the Wallkill and Shawangunk Correctional Facilities and connecting to the Walden-Wallkill Rail Trail and Orange County, as a “top priority.”  Stay tuned for further news on this critical step in enhanced interconnectivity.