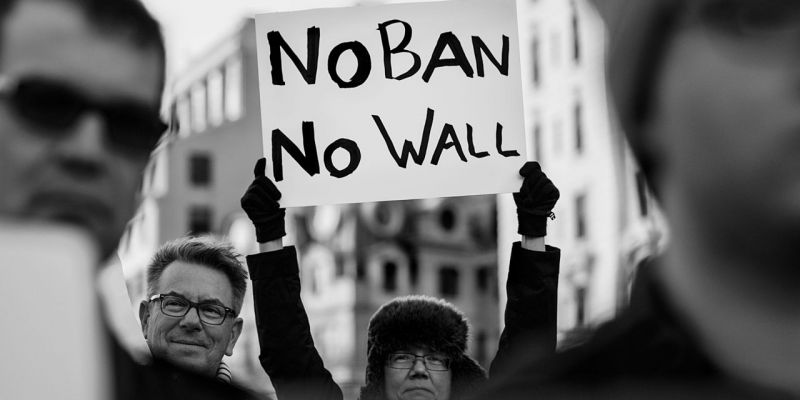 Refugees And Immigrants In The Hudson Valley

On May 19th, about 50 people gathered in the Gardiner Town Hall to hear presentations and talk about refugees and immigrants in the Hudson Valley and Gardiner.

The event, organized by Rev. Cari Keith, a Gardiner resident, arose  due to the change in our National Administration and the new policies and Executive Orders related to immigration. In April, the Gardiner Town Board was asked to support a resolution in the support of refugee resettlement. They declined to move forward with this and suggested instead a community forum to provide an opportunity for residents to learn about and discuss these issues.

The Presidential  Executive order,  initially issued in January, and then re-issued in March, bans the admission of  people from six primarily Muslim countries and put a moratorium on all refugee resettlement, from any country, for four months (through mid-July, 2017).

To clarify some of the facts and terminology, a person who does not have the necessary documents to work in the U.S. can still legally obtain a tax I.D. number and pay taxes, and many do.  Since 1986, employers can face civil and legal actions for hiring individuals without correct documentation for work in the U.S.  While undocumented persons are often referred to as “illegal” immigrants, in the majority of cases, it is a civil offense, not criminal, to enter the U.S. without being “inspected” at the border. Immigration and Customs Enforcement (ICE) is a civil enforcement agency, not criminal, and it is more correct to refer to such a person as an “authorized” or “unauthorized” immigrant, refugee or migrant. (Many people come with authorization and stay after the authorization time period expires.)

It’s also important to note that there is a difference between migrants and immigrants.  Migrants are those who migrate, such as a person who moves regularly in order to find work, especially in harvesting crops.  Approximately half of the farm workers in the Hudson Valley are migrants.

Immigrants, on the other hand, are those who have resettled in a new location. Approximately 18% of the Hudson Valley’s population are immigrants, and 70% of those (both authorized and unauthorized) are employed, giving the Hudson Valley the highest immigrant participation in the labor market in New York State.

As the Presidential  Executive order went into effect, many people across the Hudson Valley tried to figure out what these changes mean for their lives and the lives of their families. They consulted lawyers and sought out information from human service,  civil and human rights organizations.

As of this writing, only one Congolese family has been resettled in Poughkeepsie. Authorized refugees like this family, who are resettled through Federal processes, go through an in depth and intensive vetting process by eight separate federal agencies, six federal security data base checks, five different background checks, four biometric security checks, three in person interviews, and two interagency security checks, a process that takes years.

The Supreme Court recently ruled, in partial support of the Executive Order, for a ban on those without a “credible claim of a bona fide relationship with a person or entity in the United State,” making it unlikely that more will be settled soon.

Hudson Valley farmers are struggling to meet their labor needs and some have reduced the amount of crops planted due to concerns about having sufficient labor to plant, care for and harvest. Immigrants, authorized or not, have encountered more difficulties in living, working, and traveling in the Hudson Valley.

Many local governments have passed resolutions in support of refugee resettlement, and some have passed laws establishing themselves as sanctuary cities.  Gardiner does not have a police force, so a sanctuary city law would have no meaningful impact. In light of this, the Gardiner Town Board declined to consider a resolution in support of refugee resettlement.

For immigrants, migrants, farmers and those concerned with refugee resettlement  in Gardiner, this issue is far from over.  The Town Board considers the May 19th event at Town Hall to be the extent of what Gardiner can offer until the next time its citizens push the issue forward.