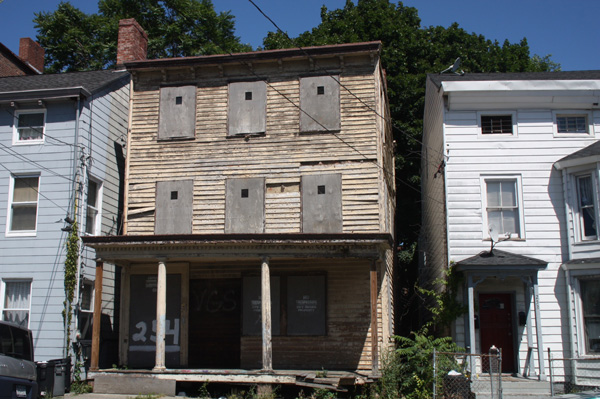 Ten years ago, Gardiner’s “downtown” was a slightly depressing place. Several buildings were vacant and decrepit. There were hints of a former bustling community, but the lack of public and private investment resulted in a village that had a lot of  potential, but screamed for “revitalization.” First came the Village Market face lift, then a couple of other private landowners followed with new facades.  Before long, the community was enjoying new businesses, residential apartments and spruced-up public spaces like the library and Majestic  Park. While much work remains, the seed for the future had been planted by a few  courageous souls, and watered by a strong community spirit.

Take a ride down to Newburgh and you’ll see a hollowed-out community that needs a lot more than a few courageous souls. Vacant and abandoned properties, victims of the poor  housing market as well as years of disinvestment, have led to tax-delinquency, crime, and a  disincentive for anyone to invest anything in the properties they already own. The result has  been decreased property values and a drain on the City’s finances, a downward  spiral that is a dilemma across the state. Perhaps the hardest hit has been Buffalo; vacant properties covering 15.7% of the city in 2010 and  population loss since 1950 in excess of 50%.

In 2011, New York State gave communities like Newburgh and Buffalo a new tool—the Land Banks Act, which will enable 10 communities to start a nonprofit “Land Bank,” with the right to purchase city-owned parcels for as low as $1, then clear titles of back taxes (which can often exceed the value of the property), renovate (or tear down if beyond repair), and sell. The goal is to get properties back on the tax rolls and into productive use, and to encourage spill-over private investment for adjacent properties and the community. Newburgh was the first of five municipalities to set up a land bank, and they’re well on their way. The current plan is to tackle about 50 properties.

Like Gardiner, the city has great potential— right on the river, with beautiful old buildings, a walkable downtown and strong  employment opportunities through SUNY Orange, Mount Saint Mary College, and St. Luke’s Hospital. However, at the moment, Newburgh is a city that is still in the potential phase. For more info, visit www.newburghcommunitylandbank.org.